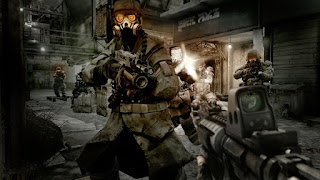 This session got a little crazy....what I would describe as what happens when you suddenly have 8 players, one of whom is an unexpected guest with limited information on the current plot, another who is aiming for a playstyle I would describe as "cause as much inter-party strife as possible (Wes!!!!) which is already a niche another regular player aims for.....(Jason!!!!! although Jason does it "in character" so it works well....heh...) but despite it all they persevered.

Highlights of this session, in rough sequence:

1. Group did escape the post-apocalyptic world of Blight, although it involved brutal negotiations against the Chilopteroids who failed in their mission by trusting the PCs. In the end the Stellar Librarian and his crew stayed behind, possibly safe, and the party has made enemies of the chilopteroid Chiron and his crew. Star knight brutus engaged in especially bloodthirsty actions that left everyone suspect of his status as a star knight....

2. Dyvinil figured out how to get in to the mysterious cabin/cargo hold at the bottom of the ship, and discovered a super-cooled chamber with a stasis pod, what appeared to be a bizarre frozen metal-organic growth, and Captain Ephemeran in stasis, apparently covered in said growth. One of the players has read Revelation Space so he's worried he knows where this subplot is going.

3. Before parting the Stellar Librarian revealed that he knew a fellow probe had encountered evidence of Tesla Dane in a neighboring system a little over a year ago. The group figured out they were few parsecs away and decided to focus the survey on heading there.

4. The group surveyed another uninhabited system before making it to New Germanica. They discovered a robust, bustling slow-FTL civilization that had spread across a dozen terraformed worlds and moons in the system, evidence of three slow-FTL colony ships (using Foldspace tech) under construction, and one very worrying structure at the edge of the solar system: a functional void lord anti-matter wave generator, one of the 400 km long machines used by the void lords to wipe out entire star systems.....surrounded by a vast debris field of destroyed ships, including evidence of The Lost Seven, the original star knights that arrived from another dimension a decade ago to turn the tide of the war. Their first fleet was MIA early on but their opening attack was what pushed the void lords in to retreat.

5. Group is politely invited to go to one of the starports/construction yards to meet the Chancellor of New Germanica. Quickly evidence piles up that New Germanica is a eugenically modified culture of clones leaning on a "unmodified" underclass for cheap labor, worshipping a Fuhrer named Grueller who is possibly centuries old. They appreciate learning the fate of their colony ship at Blight.

6. From the moment everyone sets foot on the station things are clear the New Germanicans want the T-Space drive tech on their ship....somehow they know of it, but can't replicate. They have been backward engineering the antimatter generator tech on the void lord station they have captured, however, and are rapidly improving their power capabilities, but the ability to use T-Space eludes them for unknown reasons.

7. Group demonstrates what I call the "cohesion problem" when you have too many players, no leader, at least 2 players who are out to actively sabotage the party, a 3rd who is out to privately sabotage the party for self-gain, and a small handful who hang back as they realize the entire scenario is going south. The events more or less played out as follows:

--both star knights (Brutus and loaner character Day-Ro played by unknown guest gamer #23) try to sell the tech to the chancellor for profit
--Tamralese tries to negotiate an exchange of information on void lords for the T-Space tech; suggests she would be able to transmit in an exchange
--Sam the crazed alien brute offers to loan them his DNA so they can make an unstoppable army of brutes, in exchange for....um....not sure....
--Dirk realizes this has gone south fast
--Chancellor quickly figures out they are not emissaries of the Makamian Empire but divided mercenaries, has no intention of dealing fairly with any of them, and seeks to stall while his vacc-troopers move to secure the ship in its docking birth. Crew smart enough to remain on the ship (Dyvinil, Erin, 101010) prepare to escape when the blast doors start dropping down to seal them in and let the troopers engage a boarding action
--A fight breaks out. Tamralese and Dirk make it back to ship, Sam (who found a "black sun grenade") pops a local singularity in the boarding area and takes out a lot of stormtroopers. Both star knight ronin are swept into the vacuum of space but have personal shields which I have ruled work like Flickinger Fields from the McDevitt Academy novels, so they are safe from decompression in the vacuum but intense cold will get them soon. The ship opens fire, wiping out the vacc-troopers and proton torpedoing the blast doors to escape. Erin fires up the T-Space engine and in a difficult maneuver jumps right into transitional space from the dock....Dyvinil mercy-kills the two ronin a second before the backlash of energy in local space wipes out the dock and all in it (no tears were shed).

The group broke flight into T-Space and immediately was hailed by something --in T-Space-- nonbaryonic dark matter aliens, with three bizarre "worm ships" on approach! Queue cliffhanger.

...Yes, quite a mess! We talked for a bit about the game, the logic in the minds of the villain afterward, as the new guest player seemed keen on doing the right thing but was unclear on what that was, so I explained that the setting is operating on Star Wars type moral logic....the sort of logic where yes, Luke and leia and Han stop Jabba and all is well, but fridge logic points out a lot of slaves and innocents died on that slave barge, too. Sort of like how Finn is good, and realizes the First Order sucks, but he also had working relations with a lot of stormtroopers....who are all, like him, presumably kidnapped and indoctrinated through brainwashing as children, too...and in his escape blows up a lot of them. You have a moral gray sea with pinpricks of white objectively good justification, essentially. So the chilopteroids early on had not attacked the PCs when they betrayed them, yes....but the PCs had quickly figured out the chilopteroids were slavers and wanted to gain control of a powerful sentient probe for their own gain.

Meanwhile, the moral quandry of the New Germanica encounter is layered:
--they are space nazis, yes, and the longer you interact with them the more evidence piles up in support of this fact
--but they are also humans of a lost colony, and introducing them to the galaxy can only help humanity survive, right?
--but they subjugate "non-eugenicized" races to a worker class, so they are bad
--and they have access to void lord tech of incalculable power, and if they gain t-space drives they could possibly turn the antimatter wave generator into a devastating weapon
--AND they are otherwise very organized, and there's evidence they've had access to T-Drive tech before, so how did they not figure it out, or did they lose it? Or is someone actively preventing them from developing the tech?
--but they were saved by the first seven star knights, so maybe a higher moral purpose precludes assuming they are inherently evil (I think guest player star knight was going in this direction with their negotiations, but Brutus star knight just wanted to sew havoc and party strife by selling tech away; as GM I am always interested in trying to decipher why the party's interactions/cohesions fail catastrophically on nights like this, but sometimes it just boils down to players deciding their goal is to hose their cohorts...)

....For the record, I have never, ever had a successful player or GM experience when nazis of any type become the key villain. My CoC WWII games would go south, my GURPS Horror with Nazi madmen would go south, Pulp Nazis would go south....and now things got crazy with the Space Nazis. My only good experience in fact was a GURPS WWII game I got to play in a long time ago with Brian Underhill.

It's like a Godwin's Law for RPGs: as soon as you invoke the presence of Nazis in the game, it will fall apart.
Posted by Doctor Futurity at 7:00 AM