The Saturday group has gone to Ravenloft. It's an odd transition to the Domains....a concession that my Enzada campaign was not quite working for all players (or even me) as intended, but allowing me to segue into a new campaign featuring existing characters kidnapped into the Domains of Dread for some horrible fun.

My Ravenloft experience is pure 2nd edition, so I'm running from the Domains of Dread sourcebook, as I have none of the 3rd edition material done by White Wolf anymore, and didn't much like it's style, anyway....2E's Ravenloft was a setting with brief but concise guides that gave you just enough info to be inspired, then a lot of modules with a "show don't tell" approach to the domains that worked great for me. 3rd edition's licensed adaptation suffered from the problem so many 3E era settings did, with authors who were getting paid by the word (it seemed) to take something you could convey in 10 pages and do it in 50 instead. It heaped lots of special rules in endless splatbooks and managed to drag out the brevity of the Domains into an endless churn of sourcebooks, and hardly any effort at all was made to make actual modules.

Anyway, the Saturday group is still enmeshed with Pathfinder, so I'm doing a sort of on-the-fly 2E Ravenloft to Pathfinder conversion as I go, running a series of modules from late in the setting's history. Opening session was a lot of fun, though it became evident this will be an interesting experience for all: even the one player in my group who once ran a couple modules for Ravenloft used them in the Forgotten Realms and not the actual domains....none of these players have actually ever played in Ravenloft.

It's going to be interesting to contrast this experience with the 5E Curse of Strahd when it arrives! Either way I'm enjoying a chance to return to one of my favorite published D&D worlds, from two rather interesting angles. 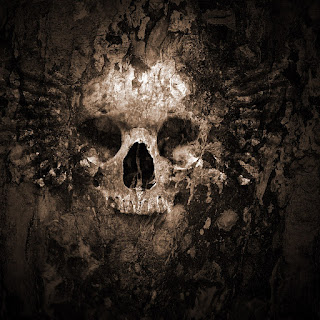 Posted by Doctor Futurity at 10:50 PM

Email ThisBlogThis!Share to TwitterShare to FacebookShare to Pinterest
Labels: ravenloft