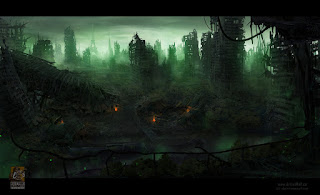 Not a lot of time to discuss, but I'll outline a lot of this in a near future post on the world of Blight and all that's going on with it. Some highlights:

1. The group thawed out two more cohorts (Sam the alien brute and Brutus the Star Knight)  (i.e. we had 2 more players)

The group, in succession, had the following encounters:

--stalked by camouflaged spider-goats from Mutant Future (denizens of the Chilopteroid world seeded on Blight to hunt the Stellar Librarian)
--found a crashed gunship from New Germanica, with an intact medical bot (more or less); learned that New Germanica is a lost colony from the days of slow FTL which tried to colonize Blight 68 years ago and failed spectacularly
--entered the subterranean subway system of the ruined city
--Found the hidden bunker* where the Stellar Librarian, guarded by what can only be described as "a wimpy mind flayer and a dark unicorn made of strange matter" were cataloging the records of a destroyed world
--Had a big shoot-out with a squadron of Segurandi Dominion soldiers led by a war witch
--Erin and Marlese discovered that the Stellar Librarian is a probe from another universe which records the lost knowledge of dead civilizations, especially ones like Blight which manage wipe themselves out consistently in all alternate realities. They convinced it to grant them psionic powers. Magical Star Girl Dyvinil did so as well. Now the group has three wild talents.
--101010 the combat robot was upgraded with a particle beam gun

Anyhoo....everyone's at 2nd level except the pilot who hit 3rd. They will likely level again next session. 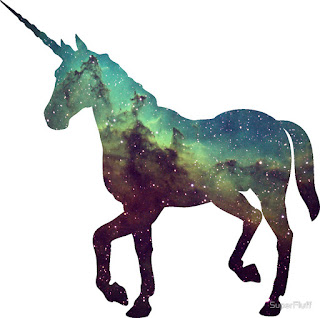 *Described as that bunker from Planet of the Apes, or maybe Terminator 3