Now for the paper, pencil and dice side of the equation! In keeping with the computer gaming awards I'll give categories to each of the five. 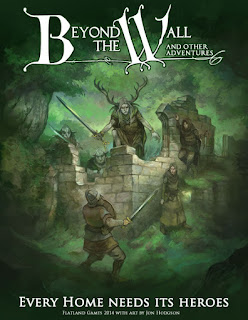 #5. Best OSR Game: Beyond the Wall and Other Tales

I wrote about it already, and concede this game has been around longer than 2015, so I'll just point to the Further Afield source book and say it's enough justification. Beyond the Wall is like only a handful of other OSR RPGs on the market, of which I include Dungeon Crawl Classics and some source books like a Red and Pleasant Land: these are brilliant, unique tomes that take the core of classic D&D and spin it in directions you really want to play. Beyond the Wall does this by modeling the fictional realms of Lloyd Alexander, Ursula K. Le Guin and other young fantasy authors to recapture a feel and style I had all but forgotten I loved, then codified it in the unique playbook and scenario pack mechanics which make gaming on the fly easier than ever, and also provides a technique for teaching GMs (old and new) how to run improvisational games using the scenario packs. Fantastic books, get both the core book and Further Afield.

Runner Up: Everything publish to date by New Big Dragon Games. 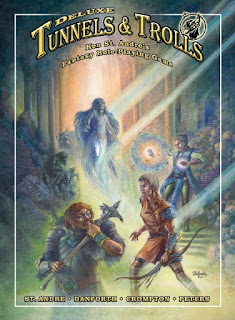 Deluxe Tunnels & Trolls is the definitive, fantastic "ultimate edition" to the second RPG to come out after the original D&D. Now with tons of extra content, rules options and world details...yet still compatible with older editions. A must have if regular gaming is hard for you to find, thanks to T&T's long line of solo adventures, or want to learn about Troll World, or just want the best pickup-and-play beer-and-pretzels RPG to exist, period.

Runner Up: Luther Arkwright is an amazing multi-dimensional modern fantasy setting (with sci fi trappings) for Runequest 6 (alias the Design Mechanism Engine) and is well worth checking out. Based on a series of graphic novels it gives you all the tools you need to engage in modern gaming with the RQ6 engine. 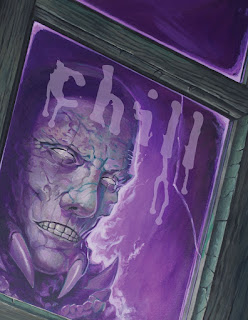 If you missed the days when Chill was a thing, now's your chance to experience it again, in a modern format with what is very much still the same core rules and setting intact, a rarity for so many games these days. Chill is about monster hunting, exploration and stopping great evil as an agent of S.A.V.E. which works to protect mankind from ancient horrors. The newest edition has the right lineage of design and does a great job of bringing Chill back to life. My suggestion is to splurge for the deluxe premium color POD edition.

Runner Up: I was really impressed with Silent Legions from Sine Nomine, which includes a unique sort of "create your own mythos" mechanic. 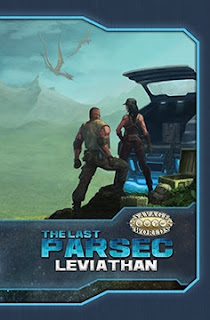 Written for use with the Savage Worlds Science Fiction Companion (which I went gaga for last year), the Last Parsec is a multi-tome setting and campaign aimed squarely at big-concept SF in the modern tradition of the fiction and films which inspired it. If you get the four core books you'll have enough immediate scenario content to run several years without exhausting what has been provided. The writing, imagination and graphics are all top-notch.

Thanks to my wife who recently ran a Last Parsec scenario which I got to play in!!!

Runner Up: Retrostar, the RPG of 70's era science fiction. This amazing book precisely captures the style of SF in the delicate years of 1970-1979, a time when SF was experiencing a revolution in interest and imagination, limited only by the crappy budgets most TV series labored under. 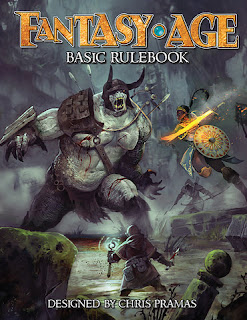 Green Ronin finally released the AGE System as a stand-alone rule set, immediately creating a unique contestant for the otherwise crowded fantasy game corner of the market. Fantasy AGE introduces mechanics which put it in direct competition with both D&D and Runequest, while retaining its own unique style of play that focuses on the epic story and quest over the more mundane. It only has one sourcebook out there right now (Titansgrave), but I'm crossing my fingers and hoping Fantasy AGE gets a lot of new content for 2016.

Runner Up: Out of the Abyss for D&D 5E. This is not only a cool module but the first one they devised which I feel is relatively easy to adapt to other world settings, and adds themes and elements distinct in flavor that set it apart from the last two years of official adventures. Fans of the Underdark must check this one out.

I'd like to point out that a lot of good RPGs came out this year, and a few worth investigating that I didn't mention include:

White Star: takes the core conceit of the Swords & Wizardry Whitebox edition and applies it to SF (EDIT: given how much fun I am having with this one in 2016, I think it will be my 2016 OSR game of the year....unless someone comes along with something even more impressive....)

Cypher System: possibly the best new multigenre RPG out there the only reason it didn't make my top five list somewhere is that it's got a set of core mechanics that are taking my brain a bit of time to adjust to. The book itself is presented as a robust toolkit and well worth investigating, especially if you like Monte Cook's other titles.

Peril on the Purple Planet: this boxed set is the first truly distinct setting/module set for Dungeon Crawl Classics to emphasize the weird settings that the game is most suited for.