Templates work for certain monsters in D&D 5E, but we don’t have many specific examples that can be used to quickly modify existing monster stats. Here are a couple useful templates you can use to quickly enhance existing monsters…..with an emphasis on modifying otherwise normal animals. 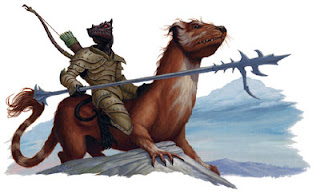 Large Creature
Apply this template to small or medium sized creatures that have larger versions rolling around out there….

Modifications: change creature to large size. Add +4 to strength and constitution, which means +2 to attack rolls, damage rolls and +2 HP per hit die. Change each hit die to D10s, which means add an additional 1 hit point per hit die if going from D8s (or 2 if from D6s). Increase any natural melee attack damage by 1 die type. 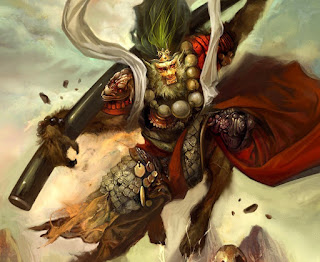 Awakened Creature
Apply this template to natural beasts which have gained human-level intelligence or been magically enhanced.

Requirement: an unaligned beast of 6 intelligence or less

Modifications:  Add +4 to the creature’s intelligence, add the common tongue (understanding if not ability to speak) and add +2 to wisdom if the wisdom score is also 6 or less.  Change creature’s unaligned status to an alignment of choice (or default to neutral). 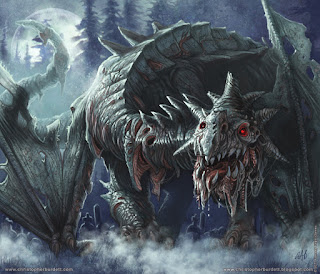 Zombie Creature
This undead template lets you quickly convert any beast into its undead counterpart.

Requirement: any creature can benefit from this template


Modifications: reduce the creature’s intelligence to 3, wisdom to 6 and charisma to 5. Add damage and condition immunity to poison, and darkvision 60 feet. Add the Undead Fortitude trait (see the zombie entry). Add +2 to constitution and +2 hit dice of the creature’s type and adjust hit points accordingly.

Zombie versions of creatures may not retain any spell-like abilities or powers, subject to DM consideration. As a rule remove the power if it requires intelligence or cunning to function. A zombie mind flayer, for example, would still be able to extract brains but would lose its mind blast.
Posted by Doctor Futurity at 6:00 AM