Chirak: The 21 Levels of the Tower of Malenkin 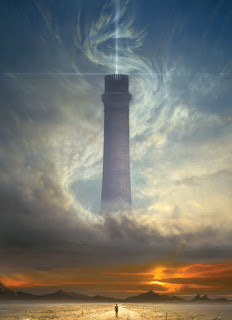 The Tower of Malenkin: All 21 Levels

The tower contain twenty-one levels, each a single large chamber linked by stone stairs leading to the next (unless otherwise stated). Some of the levels are not actually on this plane of existence...

21. The Tower Roof – the last stretch opens on a wide roof overlooking the local area. The ceiling contains a large wooden perch, which is where Malenkin’s undead dragon will land to carry him off (but it is absent). There is also an ordinary telescope and mount pointed at the valley Gate entrance. Any who make it to the top and close the hatch will find that nothing short of a dispel magic will remove the enchantment which seals it back up….on the roof, only Malenkin’s touch will open the hatch. Fortunately, the descent from above is only for a seventy foot tower, as many of the tower’s levels are nestled in other planes of existence…..

Breaking the Walls: Anyone breaking the walls of the tower or using a planar portal while inside risks revealing a random plane of existence beyond the wall; every level of the tower is coterminous in some other plane of existence. If a planar gate is created without Malenkin's secret passwords then a DC 20 check vs. Arcana must be made or the gate opens onto a random location.

Choose or roll randomly if this happens....
D20/Result
1-Limbo
2-Shadowfell
3-Demiplane of Infinite Spiders
4-Demiplane of Vengeful Wraiths
5-A Remote Desert in the Outlands
6-Sigil's Bazaar
7-The Plane of the Black Obelisk
8-The Deep Wilds of Arborea
9-The Silver Plane of Mirrors
10-The Demiplane of Happy Gorgons
11-The Plane of Infinite Portals
12-The City of Moil
13-The Dreamlands of Ethenur
14-The City of the Sun
15-The Black Garden
16-The Prison Tower of Zvaggas
17-The Dead Sail Barge of the Githyanki Queen
18-The Rotting Body of Minhauros in Limbo
19-The City of Chains
20-The Iron Fortress on Acheron
Posted by Doctor Futurity at 6:00 AM