As always this is the list culled from what I played and enjoyed, and not necessarily suggestive of ALL that was worth playing and enjoying. This year I'll go by category: 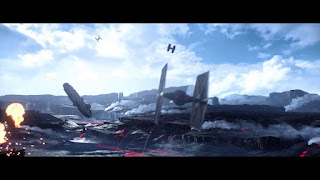 I would not have called this one two months ago, and in fact was expecting to be all Halo 5 all the time in this slot. Instead, I am an enormous number of hours in to playing what is the most rewarding and compelling multiplayer experience in the Star Wars universe I've played in ages, and the only shooter I can actually play with my family, thanks to the fact that it provides the cleanest play environment out there of any shooter, period. Tight game play, a progression system that works well for my needs (even if it has been criticized by the hardcore for not emulating the other shooters out there) and a variety of maps that remain fresh, with a ton of unique, emergent gameplay that encourages even the most solo-minded players to try and coordinate actions in the game make for my favorite shooter experience of 2015.

Runner Up: Destiny: The Taken King which moved the series in a new direction, brought back old fans, kept the new, and provided a dramatic improvement in the boss encounters. 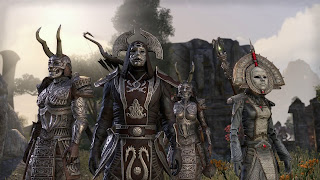 There really weren't any new MMORPGs of note this year, but in terms of existing games with new support and expansions there's no contest. This was the year Elder Scrolls moved first to free to play and then appeared on consoles. It subsequently introduced The Imperial City and Orsinium expansions. The real money transaction store remains full of cosmetic stuff, pets and mounts, while generally shying away from game-affecting purchases other than boosts. Having been playing since almost day one I, and many others, feel that the game today is remarkably more fun than it was a year ago, and continues to show effort at polish. It remains one of the few MMORPGs on the market today that appeals to gamers looking for more of the "RPG" side of the equation while appreciating the "MMO" part should they so desire to explore it. I am incredibly slow in this game, and still have yet to reach level cap on my dozen-odd characters, but once they introduced controller support for the game I found my enjoyment increasing a great deal over just sticking with the keyboard.

Runner Up: Guild Wars 2: Heart of Thorns, which has sucked me back in and has some clean, innovative improvements that have made the game more enjoyable for me. 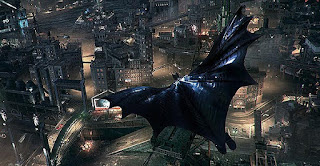 Outside of the tank levels which some have found tedious, Batman: Arkham Knight was a fantastic finale for the series and remains a genuinely fun experience. I did not expect to like it as much as I did, but I guess the Batman fan in me was really craving a chance to drive, glide and swing around Gotham for hours on end. Still playing it, and the only other negative I can say is that yes, some of the DLC isn't worth paying for, but luckily I didn't buy the season pass and have been picking and choosing only the good stuff. Still, the core game is robust and well worth playing even if you ignore the season pass. Get it on console, as they never did seem to get the PC release right.

Runner Up: Mad Max, an impressive sandbox experience built (I am told) from the same engine used for the Arkham games and Shadows of Mordor, but now with 100% more apocalyptic car madness. Only failed to get top billing because the overall story is not quite as long. 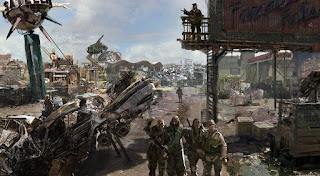 Fallout 4 annoys me a little bit because it doesn't quite feel like it's predecessors (Fallout 3 and Fallout New Vegas), and it gave me the "cool stuff" way too early on, all while still delivering on the atmosphere and exploratory fun that made me such a dedicate to the series in Bethesda's hands. It adds a lot of additional content to the mix that I haven't even bothered exploring in depth, especially the crafting and settlement building which is all very cool and tells me I'll have many more months to enjoy the game; it's mechanical process is incredibly tight, and the Fallout 4 universe is as rich and interesting to wander in as ever....and the graphics (while not up to PC Master Race standard) are worlds better than Bethesda fans are used to. Thanks to Star Wars: The Force Awakens the never-ending hype cycle of people playing Fallout 4 and blogging/promoting it was lost in the Star Wars madness, which means it's safe now to get into the game without having too many spoilers randomly popping up online.*

Runner Up: Pillars of Eternity, which is an isometric RPG of the finest form, and also got it's first major DLC expansion, The White March, just recently. Some of the isometric CRPGs out there are hit-or-miss, but Pillars of Eternity is very much the game we wanted to see following in Baldur's Gates' footsteps. 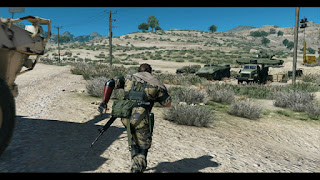 So how to talk about this one...it's a bat-shit crazy tale told through a menagerie of very, very damaged soldiers and their victims/support/compatriots and enemies. It fits into a weird corner of the Metal Gear history, which if you try to comprehend will force you to make Sanity checks. The true hardcore fans of Metal Gear Solid have issues with MGSV and it's revisionist canon, but if you've only experienced portions of the story like I have and have never really been able to follow the series in it's entirety, then you'll be very impressed with this game: it's story is dramatic and well-told (even if incomprehensible at times). But the thing that is most amazing is how incredibly fun it is to play, with open-world missions that let you tackle them any way you like, with a ridiculous number of weird tools and allies at your disposal. When I'm not playing Star Wars: Battlefront I am playing MGSV...and then there's all the other games I just mentioned.

Runner Up: Star Wars Battlefront was a close second, although throughout the list I really felt like I needed to put Destiny: The Taken King in somewhere.....but I just couldn't justify it. Destiny's second year is full of improvements, but it's still at core the same game I played last year, but now with more missions and less Peter Dinklage.

Best CGI Cutscenes: Halo 5 Guardians because seriously this game's cutscenes are amazing. Also, Halo 5 is a great deal of fun, just not innovative enough to claim any special honors.

Best Revamp: Destiny: The Taken King which kept the old fans, mended wounds with others, and brought in new thanks to some very clear efforts to bring story to the fore.

Best Effort at Reviving an Aging Franchise: Look no further than Call of Duty: Black Ops III which really does bring some interesting new elements to the game, but I fear a bit too late. CoD's only hope feels to me like it needs to find a source of players who want this sort of game yet inexlicably haven't already been saturated by the market...even I, a guy who has played every CoD since Modern Warfare came out, feels it is getting old and stale, despite their best efforts.


NOTE: I might have included The Witcher III: The Wild Hunt on this list but only recently purchased it on the Xbox One during  a Black Friday sale and STILL haven't had time to even start it. So keep that in mind....this list is based on what I played, not everything actually out there.

*Sometimes it sounds like damning with faint praise, and Bethesda fans can be like that, but it's because these games are so good and we spend so much time with them that they are scrutinized. I mean....imagine if you didn't play, say, Witcher 3 because you saw one of the levitating horse videos on Youtube. It's a smart thing if you need an excuse to keep you from spending precious cash you don't have, or time you don't have....but if you've got both, and you love good (modern) RPGs, then you'd be a pernicious fool not to play Witcher 3 or Fallout 4.