See the collected Pergerron articles here to lead up to this entry! 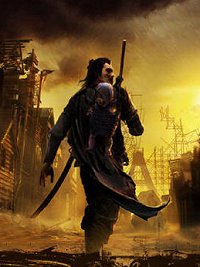 From the coastal regions west of the Silver coast all the way north to the edge of the Anansis River’s southern shores and Mt. Gol is a vast an untamed land identified as Vothrace. While most look to the nomads of Vothrace as a single culture of barbaric tribesmen who revere primitive spirits and and ancestors, the truth is more complex. Vothrace contains the remnants of two once great kingdoms: Thassar, which dominated much of the south for centuries before falling to Anansic invasions, and Astumar, which fell five centuries ago to a plague which decimated the people of the kingdom and left the cities and castles of a once thriving land entirely barren; only a handful of survivors who fled the cities survived, and to this day the ruins of old Astumar are regarded as dangerous, plague-tainted remnants of a bygone era.

The kingdom of Thassar is detailed in its history along the Silver Coast, but it’s old territories included much of southern Vothrace.

Astumar, according to legend, held strong as a regional contender against the early Anansic invasions, and may have thrived but for the plague which wiped out the land, at least until the last century and a half when the great rivers which poured out of the western mountains dried up; the draught hit the nomads of the region hard, and would surely have ended Astumar had it survived to the present.

The nomads of Vothrace today are a mixture of clans with histories dating back to old Thassar settlements, Astumari descendant and Anansic settlers. There is some Galitath and even a bit of Mesutin in their language as well, suggesting a real mixing pot of relations.

Unlike many other nomadic groups in the Anansis region, the Vathrace have retained a fairly sophisticated culture and language, and pass this down from one generation to the next. A very ritualized process of ancestor worship has grown up among the Vothrace, as well as a heavy reliance on spirits from the Outland as a source of their divine lore and understanding. Priests in Vothace pay equal reverence to the spirits and ancestral ghosts, and often wear physical ornamentation of old ancestors; the very skin and bone of an ancestor may turn into a priestly vestment, and the heads of old relatives of great import (especially if they knew magic) are decorated slavishly with gold, silver and jewels an imbued with powerful divination magic to serve as oracles for the clan.

Spirit priests of the Vothrace are effectively shamans. They revere the spirits as perfect beings which exist outside of the mortal realm of creation, entities which will speak truth when the so called “gods” won’t. The Vothrace do not revere the Enkanneth or Primordials, and some occult scholars of the clans contend that the only real truth lies in the cosmic power of the Old Ones, which they say will inevitably destroy all of the world in its desire for consumption.

Vothrace clans are always on the move, and they have dozens of “meeting grounds” where several clans can converge each year for trade and commerce. Some Vothrace range as far as Galitath and Anansis, parking outside friendly cities and towns for trade and commerce. Not all Vothrace are welcome in all locations, however; the habit of wearing the skin and bones of dead relatives is considered highly taboo among Anansics who are very superstitious of the undead and see ancestor worship as bordering on dark necromancy.  Curiously the fortress-city of Thassar, last bastion of the old empire, welcomes all clans of Vothrace to its gates. 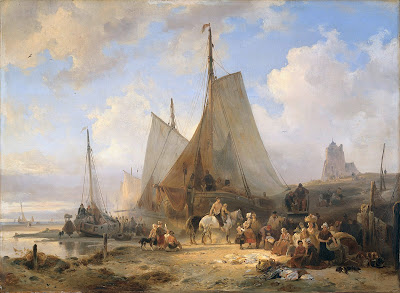