Just wanted to comment that for the last couple weeks now I've been running Dyson's Delve, the actual 11-level dungeon from Dyson's Delves I. I adapted it to 5E (piece o'cake) and the crew on Wednesday started up a fresh gang of level 1's. They've reached the fourth level of the dungeon (there are 11) and have almost all hit level 3 of experience now.

Fun part: when you get to the bottom level, where the subterranean lake is....I have more plotted, including the tomb of an old dwarven king on an island in the ancient lake, and a passage that goes even deeper, into the Cyclopean Deeps themselves...

For now though they are victorious, having slain the two manticores on level 4. The Deeps are still very, very far away. 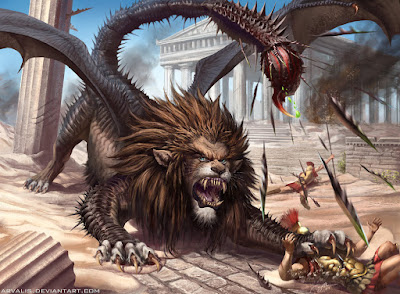 Anyway, it's been fun running a "straight up" dungeon crawl lately. Saturday's got something special lined up as well, although it involves a return to something a bit more like this... 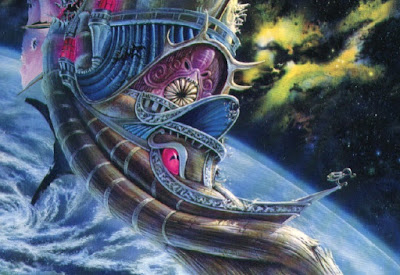 With a couple villains I plan to model after these guys: