Back! This time with a new Pathfinder to 5E conversion of one of my favorite humanoids from Bestiary 3: 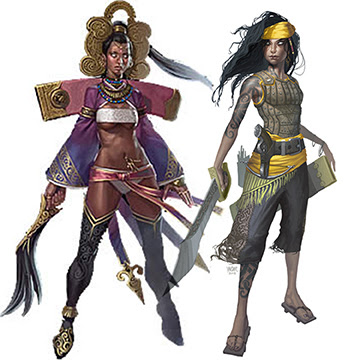 Vishkanya are tall and thin humanoids who can pass for human at a glance, but their skin is made up of fine scales, their tongues are forked and they have pupil-less eyes. Vishkanya can secret a toxin through their blood and saliva which can sicken those who come in to contact with it, and have a reputation for being deadly to the touch (though this is a myth propagated by their cultural affinity for poisons).

Mythological vishkanya were described as poison maidens and female, but as a fantasy race vishkanya could also include males.

Vishkanya Player Characters: Vishkanya can be suitable races for player characters, gaining +1 Dexterity, +1 Charisma and -1 Wisdom (they are described as being graceful and elegant but irrational beings). They gain darkvision, racial proficiency in stealth, advantage on saves vs. poison, resistance against poison damage, the poison use ability described above, and toxic venom. Sneak attack is not a racial trait but reflects the training of typical vishkanya assassins as described above. Vishkanya begin play with the common tongue and their native language. 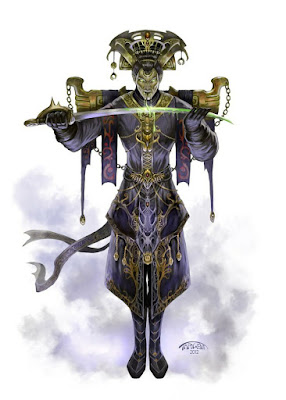 Posted by Doctor Futurity at 11:02 AM