When Rules Disappear Behind the Story - 5E's Secret Weapon

My group decided to stick with 5E for a second session in a row on Saturday, giving Magic World a hiatus for a bit --but we will be back to MW, rest assured! Shiny new wins out for a bit right now.

One of the selling points often discussed in BRP and its related games is the idea that the BRP system is a set of rules which "falls in the background." That is, the rules are something which can exist and serve to arbitrate when needed, but which can be as invisible as you desire. You can narrate a story, role play your heart out, and have a good time and at the end of the session everyone tallies up their skill checks for advancement and rolls away. You can have grand combats, all narrated covertly by the mechanical process of the rules, yet seamlessly dictated by them. This, among many other reasons, is why I like BRP, Magic World, and its associated games. In fact....it's why I like most RPGs, to be honest. Especially the ones that work hard to make the Man behind the Curtain as hard to see as possible.

Interestingly, this feature is now "back" in Dungeons & Dragons with 5E, too. It's not an accident either, I suspect. I think a big part of the design effort in 5E was specifically aimed at capturing this sweet spot in role playing, the moment at which you realize that while yes, you are playing a game, you don't really realize it until you're rolling dice...and even then, the game shifts back immediately to the exciting process of tale-telling, of a rousing adventure, be it grim and gritty or wahoo-gonzo.

My 5E games have been feeling an awful lot like this, and I have to give credit to the system for making this easy. Since 3rd edition D&D has been spiraling off the rails. You could run 3rd edition with a narrative streak, yes....but too many specific rules (such as grapple, for example) could instantly derail the narrative flow of the game, stopping everything cold and breaking the immersion, or what passes for it in collaborative storytelling. Death to immersion by a thousand paper cuts, as I might equate it.

As for 4E....well, let's just say that it was a game about rules, and part of learning to play it as an RPG was learning how to interpret the rules, as if you were commanding a Ouija Board and trying to figure out what the ghost was telling you, or if it even WAS a ghost. The idea of "figuring out what this rule means in the game world" was a fun exercise in 4E, but it was counter-intuitive to the older approach to gaming, where the idea was "figuring what is happening in the game, and then letting the underlying rules support it."

Anyway....my Saturday night and Wednesday night D&D 5E games have thoroughly convinced me that D&D 5E has what it takes to be my permanent go-to game system, for a very long time to come. I can tell a story with this thing and go an entire night without one head-scratching moment where I must divine what a given rule means in the context of the story at hand. That's a pretty mean feat for an edition of D&D to accomplish.

It's like a very important part of the game that was lost more than a decade ago has at last been found again, and suddenly crowned the Most Important Feature: rules that hide behind the story. Who would have guessed that D&D would be able to do this again? 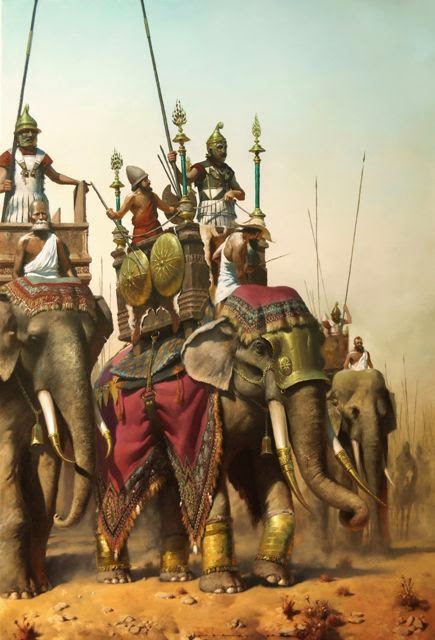