Another option from the Realms of Chirak, now converted to 5th Edition: it seems like the best way to go about with a variant means of casting magic that is supposed to be a "corrupting option" to any spell caster that wants it is to make blood magic a feat... 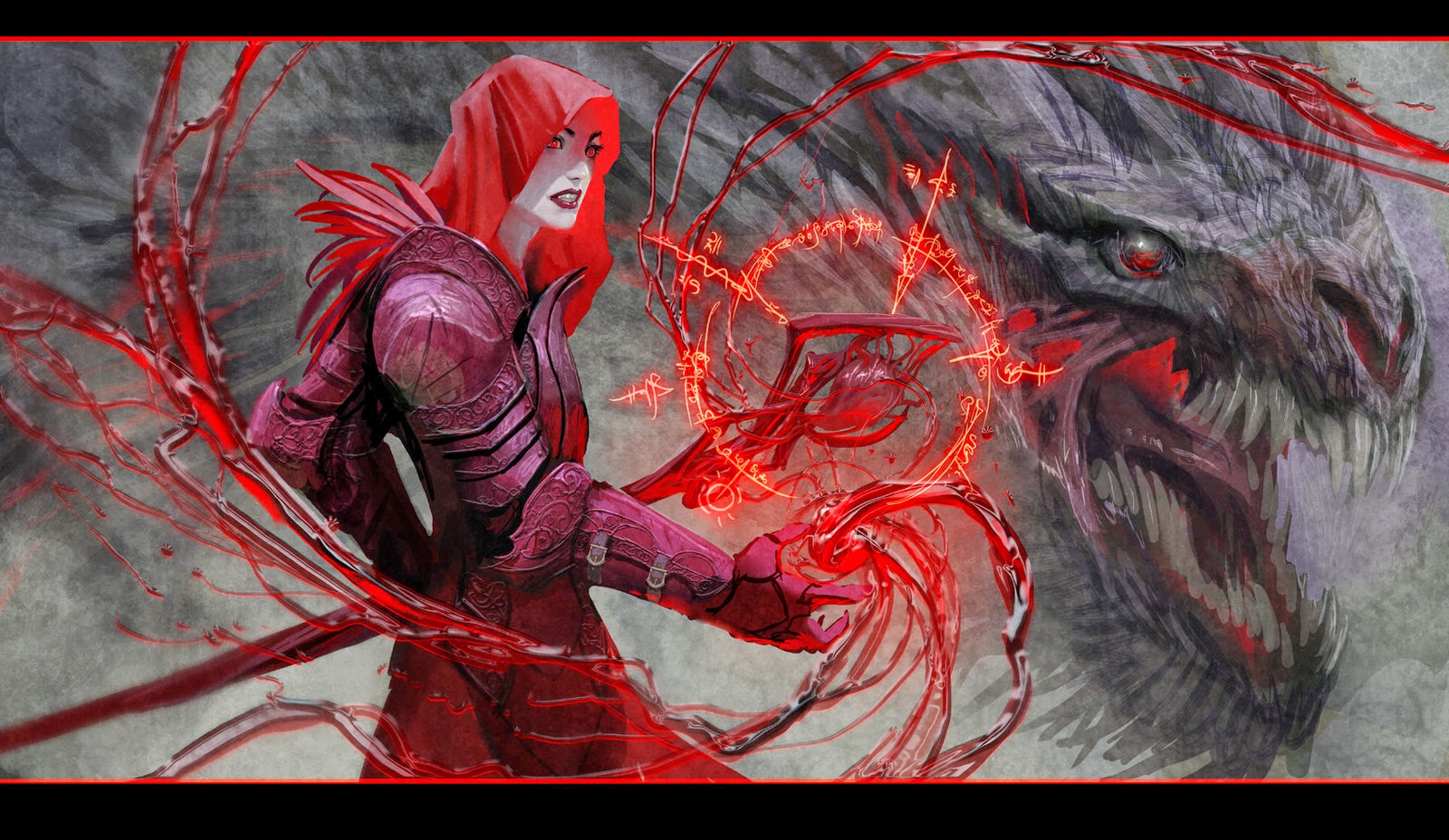 The practitioners of blood magic believe that magic is an aspect of the physical form and its connection to the mortal soul is linked through vitreous, sanguine fluids. They append their casting with physical sacrifices and can gain additional benefits when a sufficient sacrifice is given. This is a form of magic found among the Nubiri, Hoagarit, and Xoxtacharit cultures, but its practitioners are highly secretive. Blood mages use all other forms of magic, be it rune magic, sorcery or divine magic to stronger effect with their blood sacrifice.

Blood mages are wizards who pursue the path of diablerie, eventually mastering it with the path of the Blood Mage. Learning this path is a difficult process, and unless it is chosen at the start of a character’s career, will require much time, effort, and a mentor to gain. Over the course of play, the DM should require the student mage to find a mentor who is himself already a Blood Mage. Once such a teacher has been found, then it is possible to choose the blood magic feat.

At the DM’s discretion a new character can begin play as a blood mage, in which it assumed that the ritual has already been performed and the character has already achieved his unique traits. This is permissible for new characters; all other characters who wish to learn the secrets of blood magic during the course of play must follow the proscribed path as previously described.

The only other way to learn blood magic without a mentor is to seek out a malign being called a blood spirit. This is a type of Spirit which will attempt possession of the student. The mage must attempt to gain mental dominion over the spirit, making an attribute check against his spell-casting attribute of choice (Int, Wis or Cha) against a DC of 9 plus his caster level (this reflects the increasing difficulty over time as the mage advances in power to learn this unusual technique).  As a component of this task is physical, the mage may gain advantage on the roll if his Con score is 16 or greater. If the check beats the target DC, then the mage has mentally subdued the blood spirit and may begin to learn the secrets of blood magic by taking the blood magic feat. If it fails, the blood spirit retaliates; causing 5 points of ongoing damage, with a Con save DC 12 each round to avoid the damage for that round only. This bleed effect continues  every round until the spirit is exorcised, or the host mage reaches 0 hit points.

The spell caster may continue to make Con checks to subdue the blood spirit each round until either he fails or the spell caster reaches 0 hit points, at which time the blood spirit will flee his body. In such cases, the attempt is done and can’t be tried again until finding a new location from which to contact a different blood spirit. (Optional: The character loses 1 point of Constitution each time he tries and fails to commune with a blood spirit). 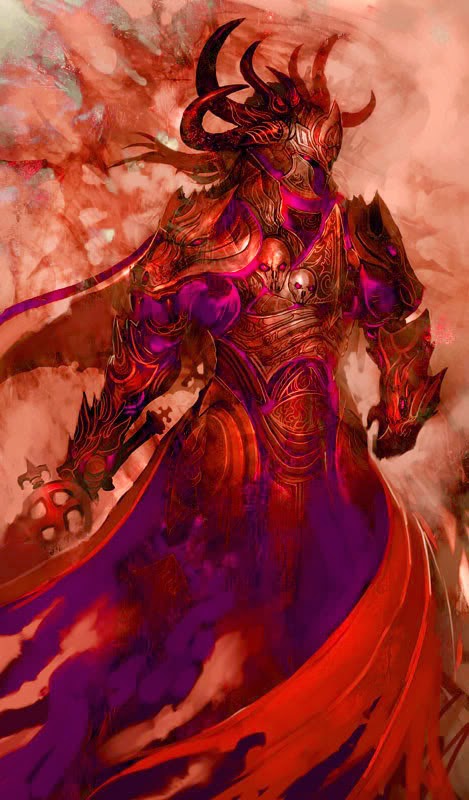 Effect: The spell caster gains a unique ability to sacrifice hit points (either of his own or those of others) to cast spells instead of using normal spell slot mechanics for his class. This feature replaces the old way of casting a spell, though it doesn’t replace the way a spell caster learns, keeps or manages his spells. A blood mage may choose to release a spell spontaneously in this manner, either through cutting himself to create an injury from which blood flows, or by ritually scarring another target using a sacred bleeding dagger (below).

When cutting himself, a blood mage does damage normally for the weapon, and then receives 1 blood point for his pool. A blood mage can have a number of blood points stored up equal to his level plus Con modifier. He loses half his blood point after each long rest; he can sacrifice 1 hit die at the end of a long rest to retain 1 blood point in his pool, up to as many hit dice as he has available or his blood pool maximum. A blood mage can also expend a hit die, turning it into a blood point. Damage taken from self-injury to gain blood points cannot be healed by any other way than the expenditure of hit dice; any magical healing immediately reduces the blood point pool by the number of hit points healed.

The blood mage then uses his Blood Pool to cast spells. The spell must be one which he knows, and which he could normally cast for his class (i.e. spell level is attainable). To cast the spell he spends one blood point. If the blood mage wishes to cast a spell at a higher level of effect he may do so for one blood point as well.

Blood mages can also empower a spell to maximum effect. When a spell has variable range, damage or other features the blood mage can spend two blood points to generate the spell at its maximum possible effect.

Ultimately, the blood mage sacrifices some spell versatility in exchange for greater potential diversity….but at the expense of a portion of his own humanity. 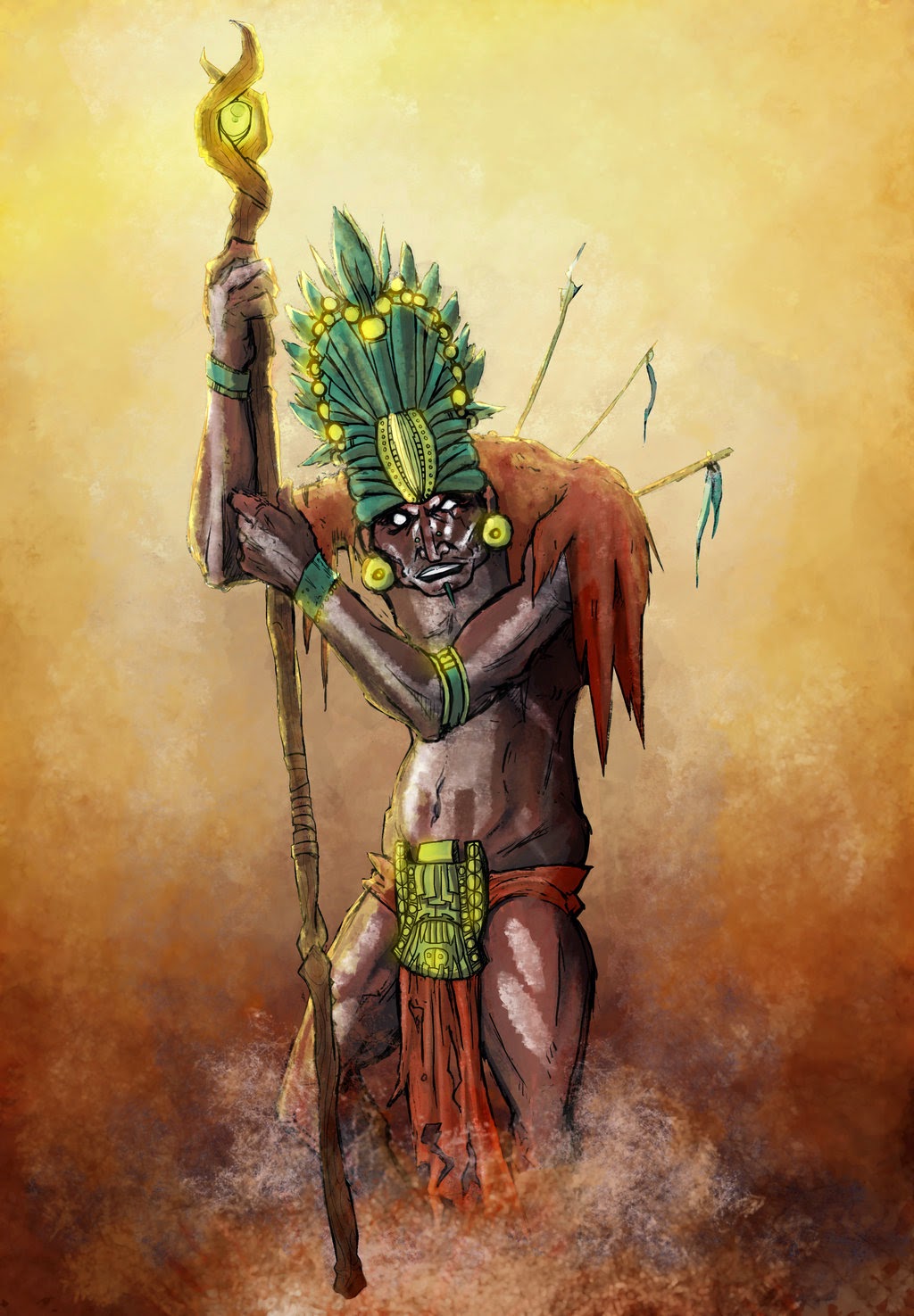 Blood mages can acquire a special bleeding dagger, which he must be attuned to to use. This dagger is specially designed for its task to aid the mage in his casting. The dagger effectively works by drawing the blood of its victims and channeling it in to energy for the blood mage, to be used in a Blood Pool . The typical bleeding dagger is an ornate dagger with a lean groove running down its wicked, curved blade. The hilt is carved of ivory, and a thick, ruby red stone is set in the pommel. It glows with an eerie light when the dagger is used by a blood mage. If the wielder is not a blood mage, the dagger functions as an ordinary +1 magical weapon.

A blood mage can use the following properties when holding a bleeding dagger:

Sanguine Reservoir: Foes struck with this weapon find their blood unnaturally drawn in to the dagger and channeled in to dark energies. The dagger retains its own pool of blood points, equal to ½ the level of the blood mage wielding it (rounded up). These points are stored from damage dealt and kills made. When a blood mage deals damage with the weapon, he may choose to store the blood points gained in the weapon instead. Blood points in a bleeding dagger do not deplete until used.

Sanguine Shield: As a bonus action the blood mage may sacrificeup to 5 points  of the weapon's blood pool to gain a temporary AC bonus equal to the amount of blood points sacrificed against incoming attacks for one minute. This ability may be activated once per day. Alternatively the points may be sacrificed to gain a bonus of equivalent value against all saves vs. Int, Wis, Cha and Con.

Bolstering Blood: The wizard may also release points of the blood pool as additional damage to any spell attack or dagger attack done with the weapon. Blood mages may call upon their total blood pool if they do this. This ability may be activated once per day.

Blooded Skill:  The wizard can spend one blood pool point to gain advantage on a single skill check.
Posted by Doctor Futurity at 6:00 AM