This time: a professional pirate and dual-blade specialist. Alsandra appeared as an NPC serving on board the ship Mardieur Mardieux commandeered during his journey back to Mercurios after the Great War between Espanea and Nithiad, during the resurrection of Minhauros. She lurks in my portfolio of characters as a future piratical encounter... 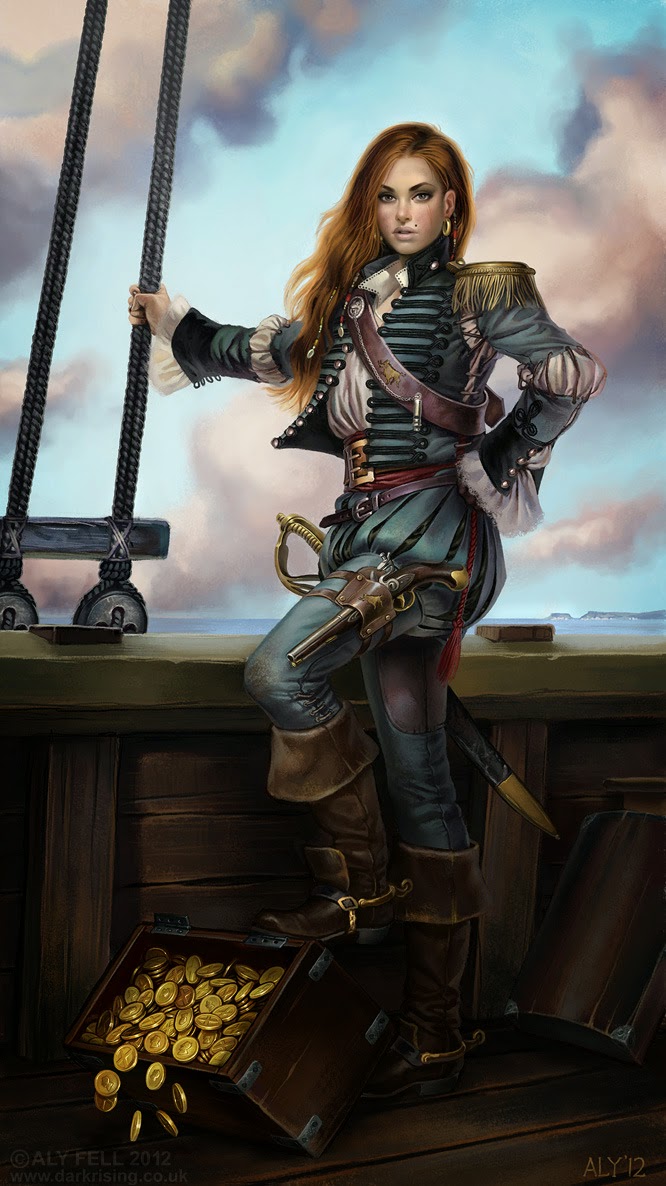 Personality-brusque and angry, Alsandra has a deep grudge against orcs, whom she has a fierce dedication to slaying. She also dislikes men and is horribly caustic.
Ideal-While serving aboard the many ships she’s worked on she developed a real mothering instinct to her crew; Alsandra takes care of those she is charged with protecting.
Bond-Alsandra is loyal to her crewmates first, to country, leader and mission second.
Flaw-Several years ago in a skirmish with orcish pirates Alisandra lost her left eye and suffered a nasty scar running to her ear.

Alsandra Vienneros grew up in a hard life as a commoner on the streets of Barcen. She was pressed into service at a young age, forced to work as a scullery maid on her first ship until during an attack she seized a weapon and helped drive off the attackers. After that she was trained to fight and serve as an equal on the ship. Alsandra escaped the vessel eventually, but she has since served on a half-dozen ships, usually as a quartermaster or once even as first mate, both in the role of pirate and privateer. She grew to hate orcs during an excursion off the coast of Esterehabau when orcish mercenaries seized her ship and took her eye in battle.
Posted by Doctor Futurity at 6:00 AM