Up next! One of my favorite foils and patron NPCs in the Realms of Chirak. Zen'Rakatt's appearance is a sign to those who know him that there's something fishy going on, and those who meet him for the first time spend much of their working relationship trying to parse truth from fiction... 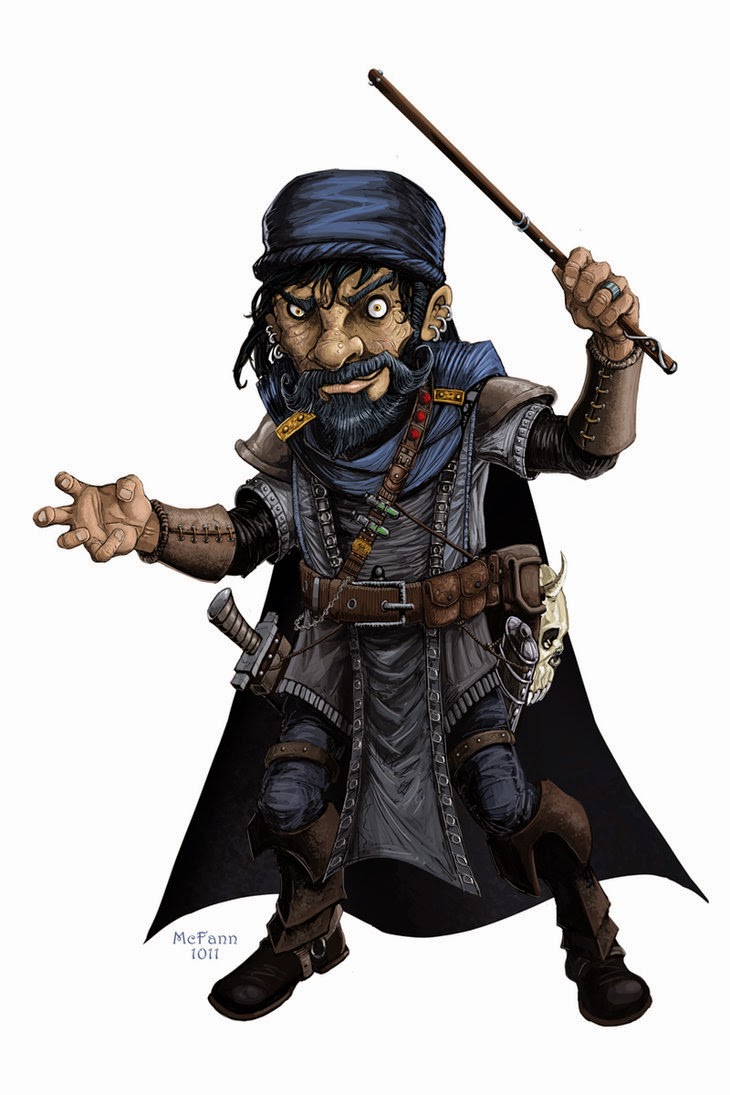 Personality-Charamis finds truth is gold and he hates giving it away. Also, friend and enemies are merely commodities, to be bought and sold as needs arise.
Ideal-Creativity (Charamis is always looking for a new con)
Bond-Charamis knows his family was once great, and has a fierce loyalty to his clan and a need to make it powerful once more. He just has a skewed sense of how to do this…
Flaw-A horrible coward! Chramis strikes when it’s safe and flees when it looks like there’s even a slight risk.

Charamis Zen’Rakatt started as a young street hustler after his family’s great fortune collapsed. His father was a shipwright and ran a business that had been in the family for generations. Overnight rivals accused him of smuggling and planted evidence seemed to prove guilt; in weeks the property was seized by the state. Charamis, youngest of his siblings, was distraught at this but unlike his family members who sought to restore the business legitimately, he decided this was proof that con artistry was a viable tool to make one's way in life. His natural gift of the gab and his obsession with grifting led him to a life of early crime. He made his biggest life-changing mistake when he ran a con on a Xoxtocharit mage named Han’acas who caught Charamis and cursed him with the “blessing of Agosys the Deceiver,” a mark of one of the One Hudnred and Thirteen “demon gods” of Xoxtocharit lore.

To Charamis’s surprise, the curse was a blessing…for that night he was visited by Agosys in dream, and the dark entity of the far realm found the natural charlatanism of the gnome to its liking…he was spared, but his desire to con and grift would now fuel dark energies that fed back to the Old One.

Charamis has spent years rebuilding the family fortune, and he often pours some of his ill-gotten gains back into the clan to help them recover from their loss of the shipwright business. He has become a notorious underworld figure in both Pardainse and in Espanea. He has affiliations with numerous organizations, from the Ebon Skulls to the Barcen Thieve’s Guilds, to sundry and various self-proclaimed Sea Kings of Kaldinia.