I've hit a weird gaming synergy lately. The current mix of D&D 5E (only just begun) with Savage Worlds and Magic World is having a rejvenating effect on my overall interest in RPGs. This is a good thing for someone like me, who has averaged two game nights a week for fifteen years now.

I have to say, Savage Worlds has proven to be a big boon. The system is quirky, and I worried about whether coming back to it in actual play would be problematic, but the mechanics held up very well and made for some exciting, fast-paced sci fi adventuring. Whenever the SF campaign closes I am going to propose we just keep doing Savage Worlds every other week, rotating to different settings. Next up would be Broken Earth, Zombpacalypse, Pirates of the Spanish Main or maybe a healthy dose of some straight up Supers with the new 2nd edition Super Powers Companion.

Meanwhile the decidedly non-D&D-like Magic World night continues to kick ass. I'm experimenting heavily in that setting, taking advantage of the copious resources for Basic Roleplaying to add in more than a little Dark Ages Cthulhu to my weird sword & sorcery setting. Magic World is proving even more enticing than Runequest 6, if only because it's level of accessibility is just right for my group.

And of course D&D 5E.....really though the Basic and Starter material is just a place holder. We need the real thing, all three core manuals ASAP. D&D as it used to be...the D&D I remember from back before it felt like a chore to run, is back. It's honestly hard to believe. 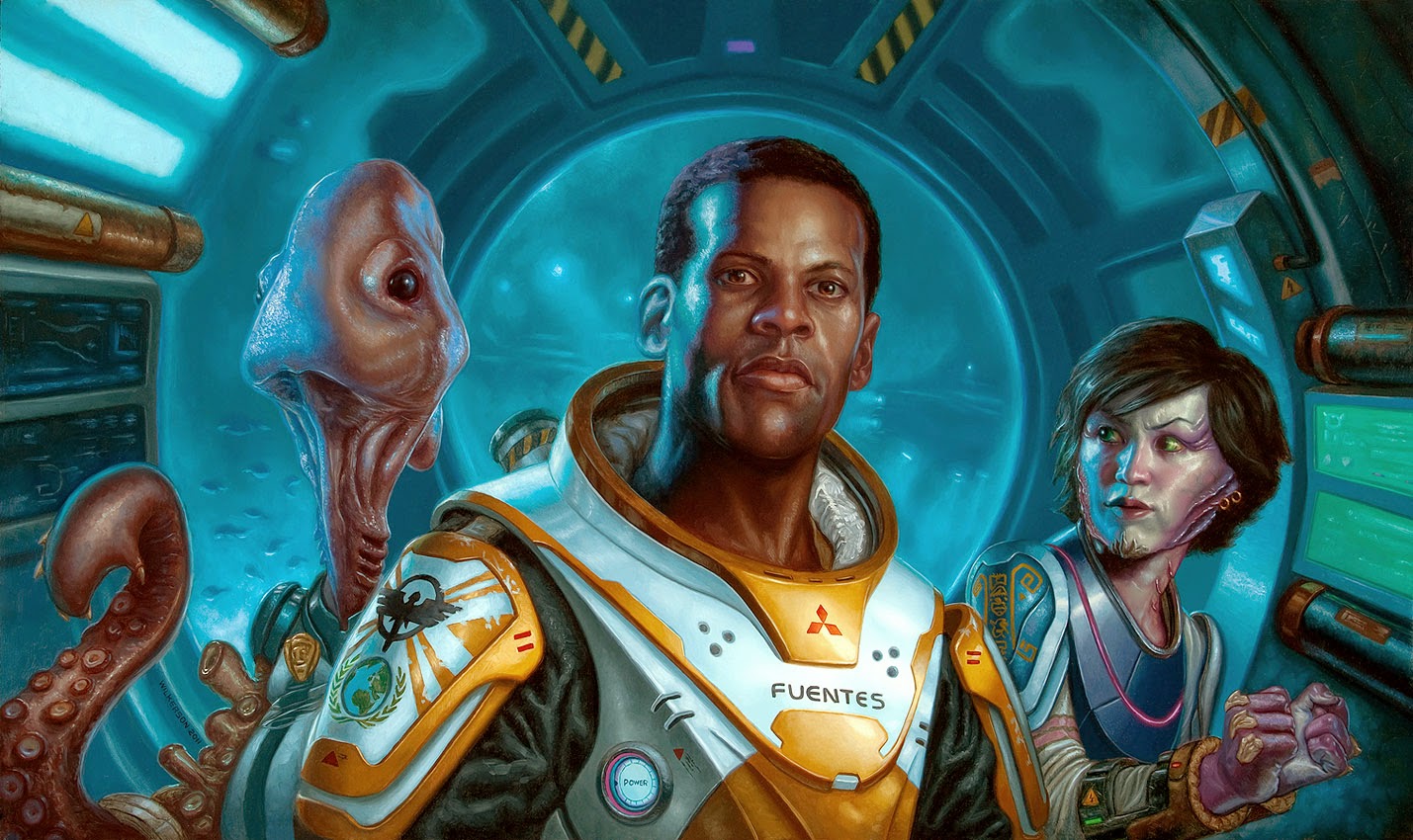 Posted by Doctor Futurity at 4:41 PM