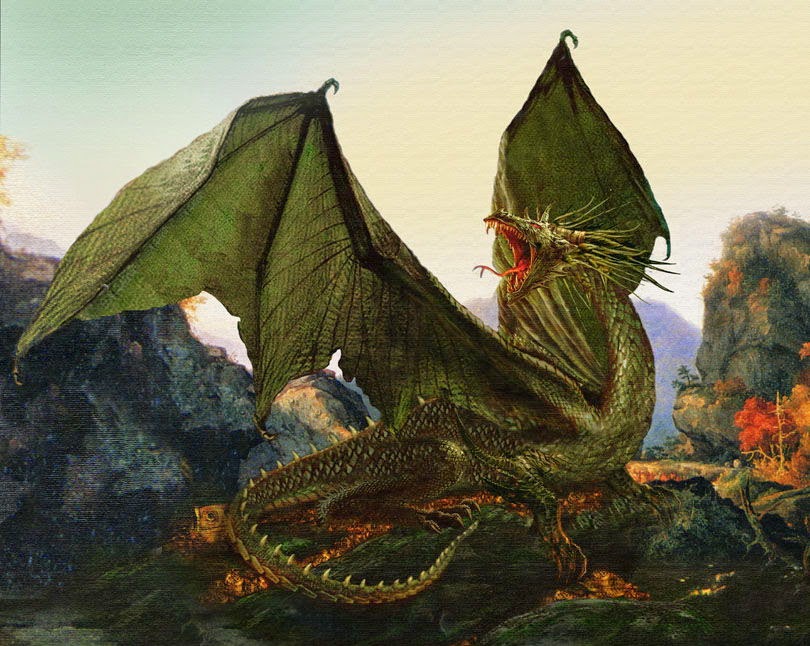 My Saturday group, which only has two overlapping players from Wednesday right now (plus a returning former player who's pretty much been biding his time until D&D 5E was officially out) met for a healthy session with 8 players and a decent character generation experience plus scenario. Unlike Wednesday I didn't drop a hobgoblin army on everyone....this session, while still somewhat limited to the monsters I have in the Starter Set plus Dead in Thay and the Crystal Shard resource that's floating around...was about a mission into the deep mountains where an ancient wizard (who may or may not be a Lich) appears to have pulled up and left.....leaving a power gap that a local magus wishes to explore.

The encounters for the evening included a orc scout and his ogre buddy who were looking for employment as guides (players accepted after a wee misunderstanding), a rampaging owlbear that almost escaped with the party's lead wizard, and later the following day the group found a green dragon's den....and a couple of the naughtier PCs decided to poke around and see what happened. The end result was a fleeing party, a dead wizard, and an assertion that maybe...just maybe....poking around the green dragon's lair (which was most obviously such) was maybe not the smartest idea.

Still....the PCs murdered the dragon's quasit lackey and also looted some loose treasure lying around in the debris, along with three green/gold speckled dragon eggs. So yeah, dragon's gonna be back.

All in all everyone had fun. Still too early to see if everyone enjoys the game for the long haul...as with Wednesday the Basic Set options really do feel just like a placeholder before the main course manifests in August. We need the core manuals, stat!

Some observations about the game from this session:

1. Most of the players at this session rolled characters that evening. Despite having at least two of every class no one felt like they were "occupying" the same turf as another player. There's still enough general customization thanks to the races, backgrounds and personality traits to help out in this regard....and some choices, like with the fighter, let you further add a twist to your general "style" to make you distinct.

2. A couple of my players weren't keen on the lack of "stacking" mechanics, and would have liked the idea that you could pick a skill twice to get extra benefit. I think this subsided a bit by end of session when they were more familiar with the way things worked.

3. Once again we ran the game sans board and minis and it worked great.....it was very fluid, and at no point did I feel the need to drag the stuff out. This remains as always a huge plus.

4. Wizards may have some impressive spells but they still need to beat your AC. Plus, they;re squishy. Also....the group figured out really quick that we were back to old school "don't be afraid to run, not all encounters are meant to be beaten" methodology. 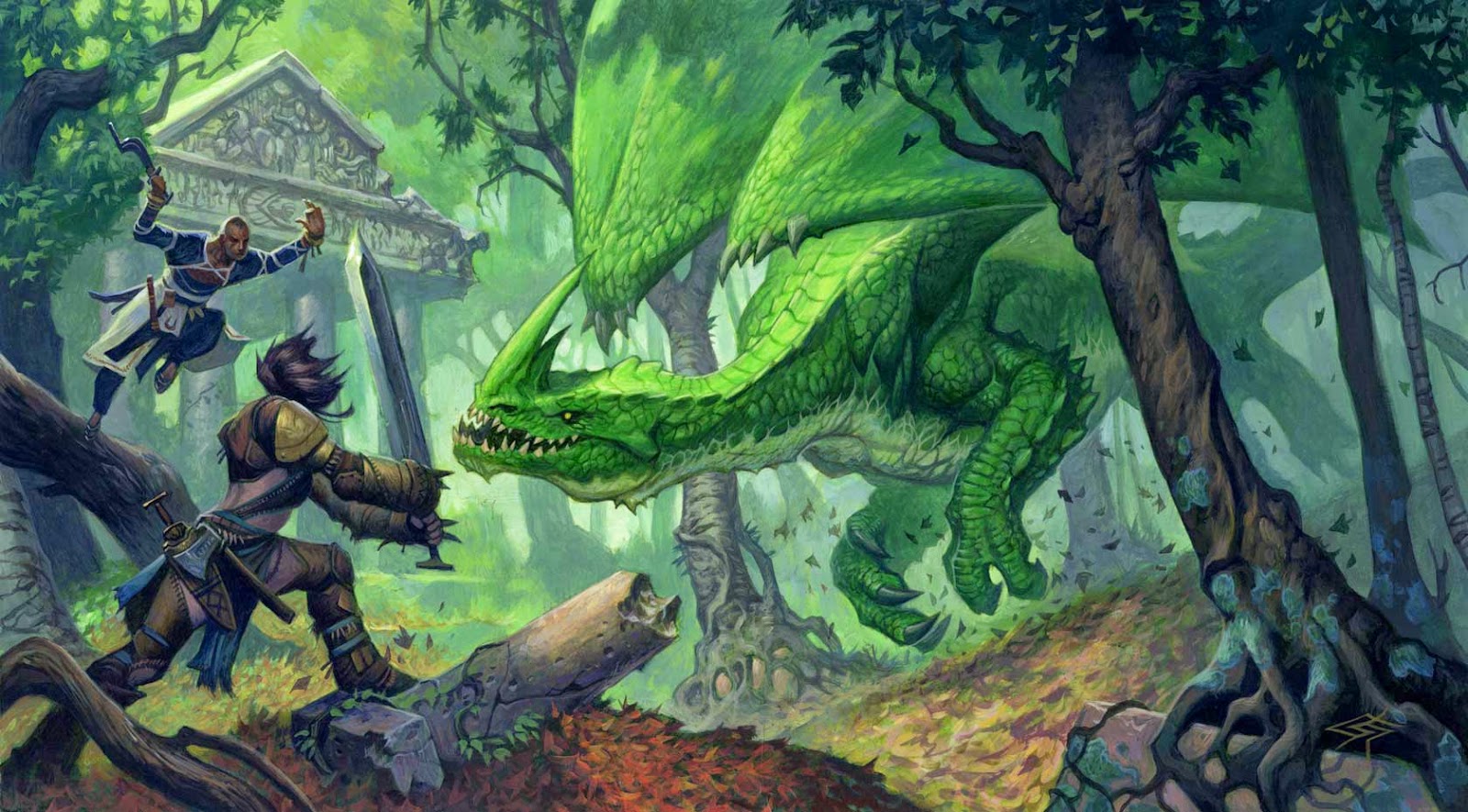