The PHB will have Tieflings!

I was curious if they'd be in the PHB or an optional "Planescape" race in the DMG (which apparently will include things like Warforged or Kender as setting-specific race options). This is wonderful new to those who, like me, find tieflings to be integral to their campaigns now. Tielfings occupy an interesting space in D&D's venerable cosmology....they appeared in Planescape first and wormed their way in as a meaningful AD&D 2nd edition player option around 1992ish, so while they're not exactly Old School in the pre 1989 sense, they have definitely been a thing in D&D for at least 22 years now, and quickly became more popular than many other interesting race options introduced around that time (poor Bariaur!)

Anyway, here's the page samples from the PHB released today on ENWorld: 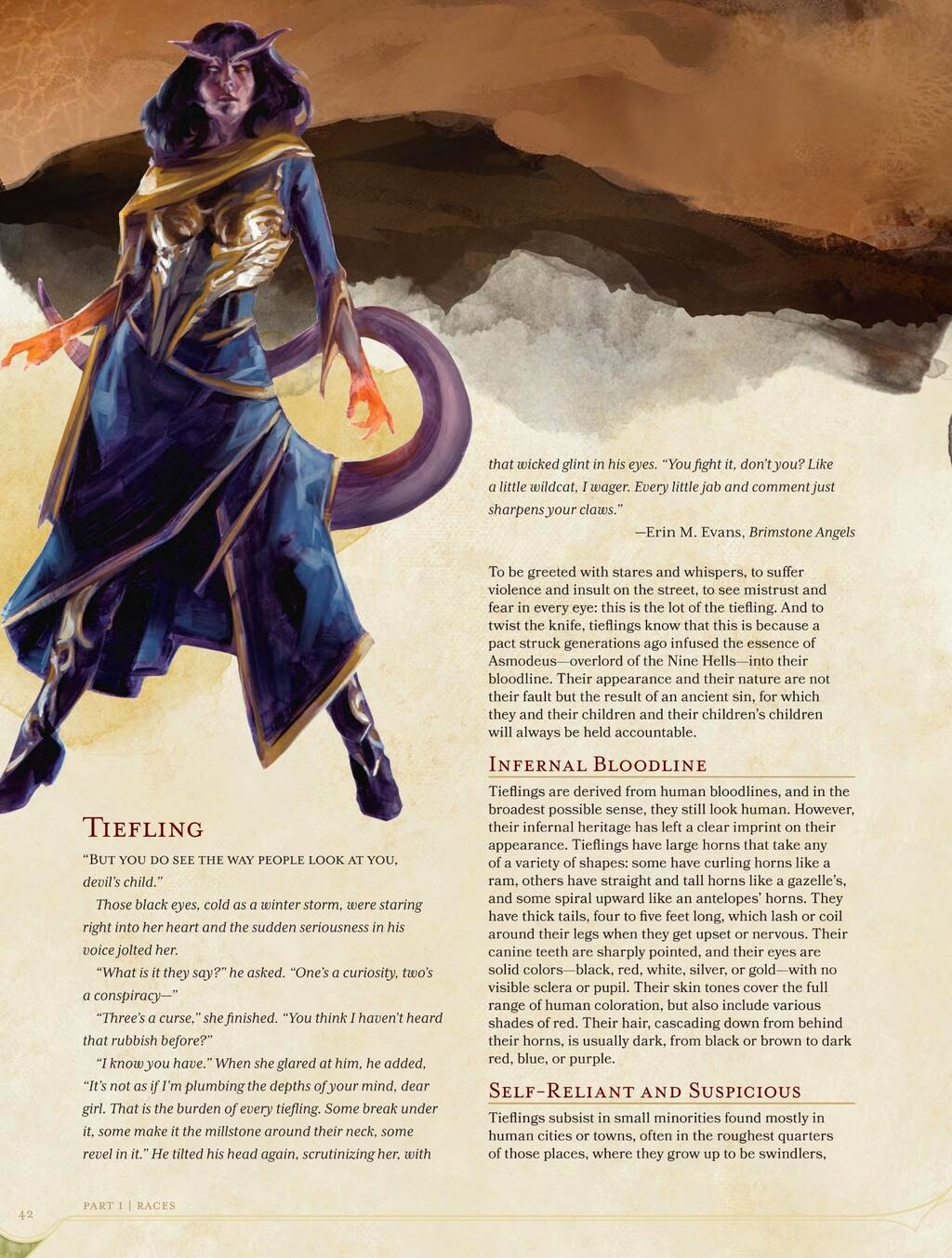 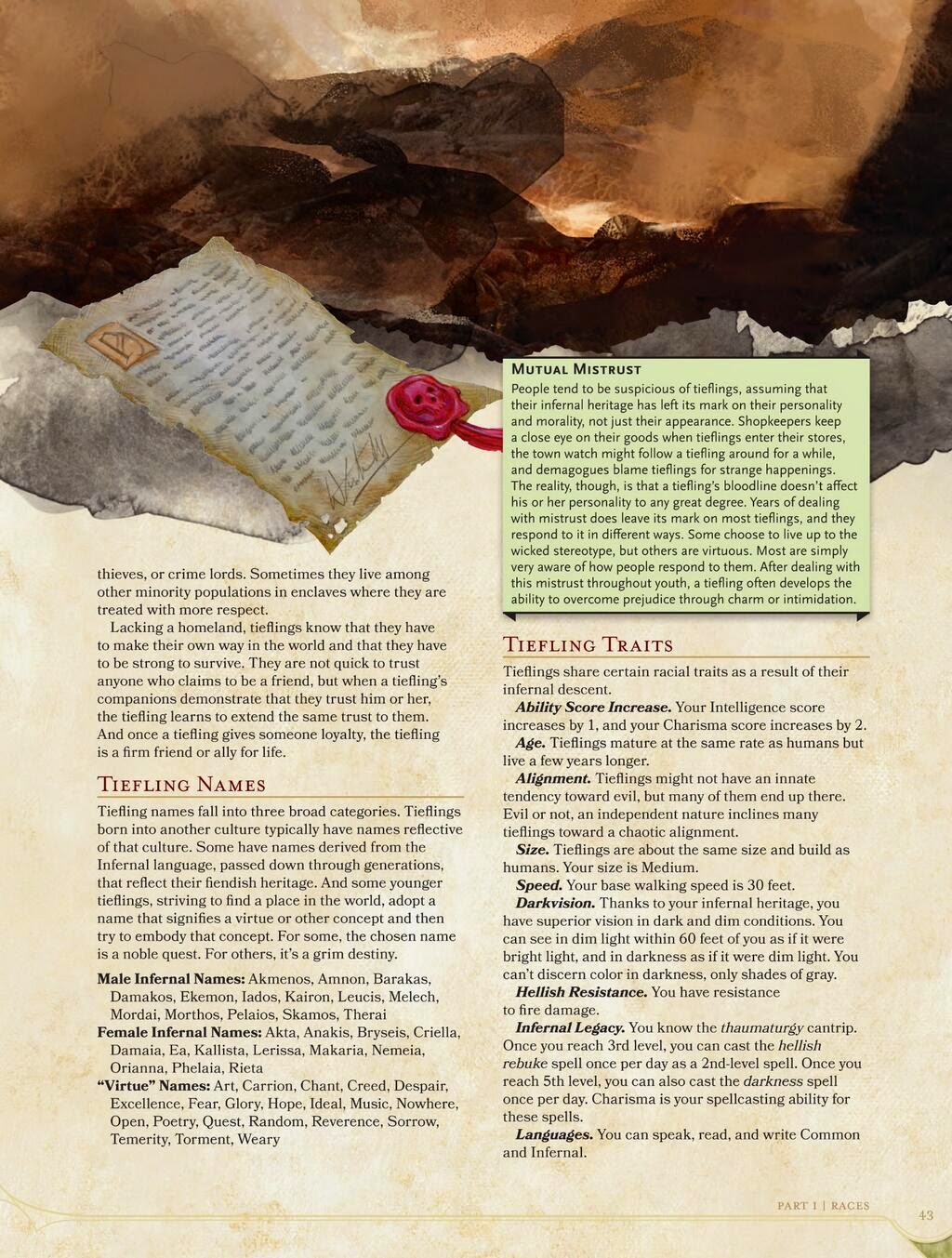 This just keeps getting better and better.....now for the next big bugaboo: will they dare to put dragonborn in the 5E core PHB? Dragonborn are a great race, but they got an excessive amount of grief from some quarters, mostly those who could not abide the mammalian/dragon mix as presented in the art, and old schoolers who (for whatever reason) decided to draw their line in the ground at draconian beasts.....the y don't bother me in the least, though; I was adding dragonmen into my game as early as 1984, and worked out playable stats for them by 1989, so dragonborn have a comfy place in my game worlds.
Posted by Doctor Futurity at 8:57 AM