I can't believe I didn't review this yet....I was sure I had! Scanning through my blog posts however makes it look like I started something and then got distracted. I actually got a chance to see it about three weeks ago, even before X-Men IV. Here goes.... 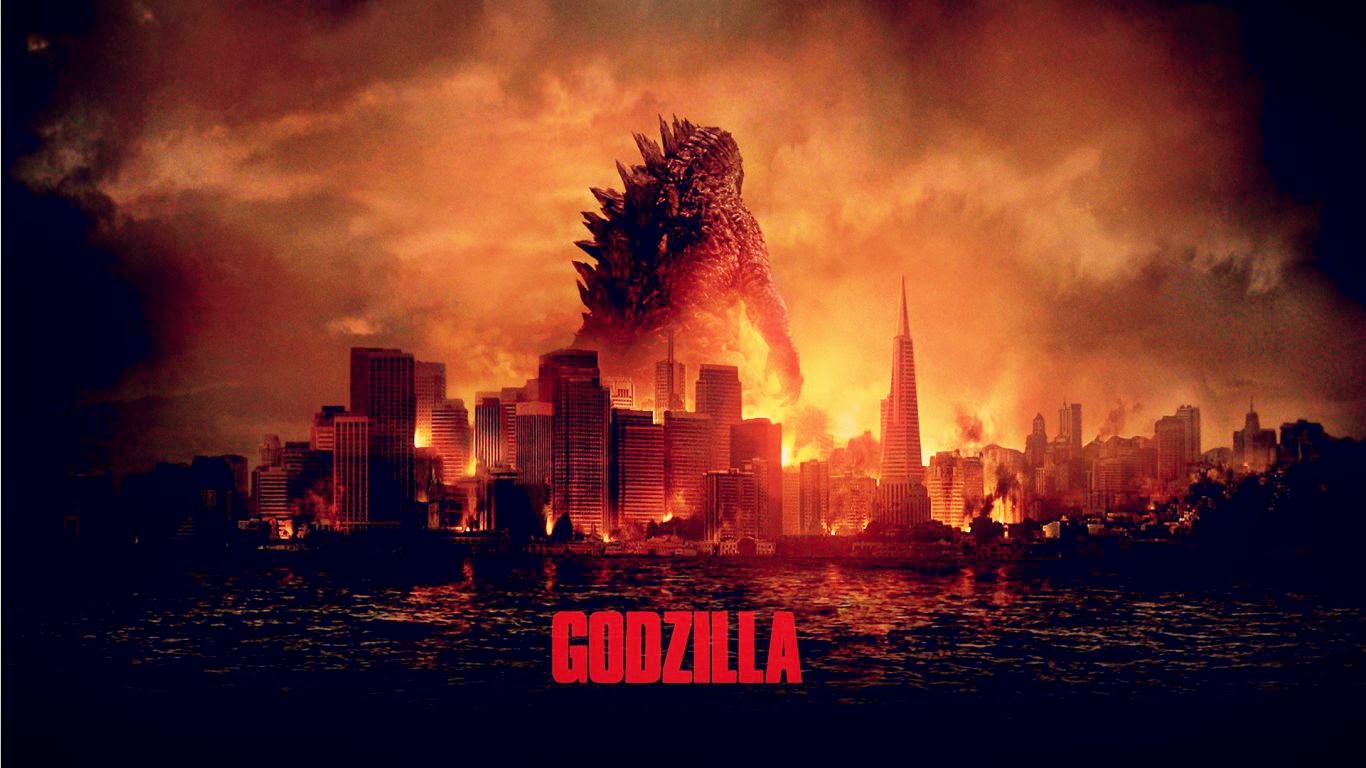 Anyway, since I reviewed Pacific Rim at long last I thought I'd also throw in the 2014 Godzilla remake as well for good measure. For one thing it's a more generally enjoyable film if only because it doesn't give us a ton of caricatures that we're supposed to somehow grow to like despite the fact that they are hollow puppets reflecting other characters in better movies. Godzilla goes straight for the "grrrr" and makes the movie about the main character: Godzilla himself.

Now mind you, they can't just make a film about an over-the-shoulder camera following Godzilla everywhere, as cool as that might be.....so there are human characters in this film. For the first thirty minutes or so you are graced with an elder Joe Brody played to the hilt by Brian Cranston as a man obsessed with his dead wife, who died in a mysterious nuclear meltdown in a reactor in Japan (oooh topical). Meanwile Ken Watanabe is the equally obsessed Dr. Serizawa who is part of a team that finds evidence of these ancient monsters within the earth and studies them. It turns out Godzilla showed up in the 1950's, and the Bikini Atol explosion was actually one of a number of cover-ups to nuke the monsters out of existence....

Note that I have taken the time to mention character names in Godzilla. The lead character isn't even human but the human characters in this movie are still at least nominally more memorable than Pacific Rim's highly derivative archetypes. Of course, there's Dr. Brody's son, Ford Brody....he sort of messes the "this movie has better characters despite them still being just shills for Godzilla's travelogue" thing up. Ford is a generic crew-cut all-American marine who just happens to be at all the right places at the right time for monster attacks. He's also grieving for the loss of his mother by not believing his father's crazy stories.

There's some plot involving Ford and his wife and son that's mostly there to make sure we have a familiar eye on the ground for all the action and to confuse less genre-devoted family members into thinking there's some element of humanity to worry about in the movie. There's a great sequence with his father that is cut short unfortunately early in the film as Dr. Brody perishes, leaving the less than emotional Dr. Serizawa to serve as a pale substitution for a meaningful character. There's a vague hand-wavy reason they keep Ford around long enough for him to figure out some of the big picture, but it's awfully "convenient" so long as we remember that Ford is a vacuous action hero nice guy and audience cipher that makes sure we are filled in in the least clinically scientific way possible. Which is good, because science is usually out the door when kaiju are around.

The movie carries on through one spectacular event after another until a grand climax in San Francisco. We learn that Dr. Serizawa thinks that Godzilla is a earth-protector of some sort, and the kaiju bugs are why he woke up. Godzilla ends up saving the day, and then moves off into the Pacific for the inevitable sequel. And there will be a sequel. This movie got the one character right it needed to: Godzilla. The rest was just a way to frame the cameras around him. I look forward to seeing which new or classic kaiju Godzilla gets to beat up next.