Third Sundering Module in PDF only??? 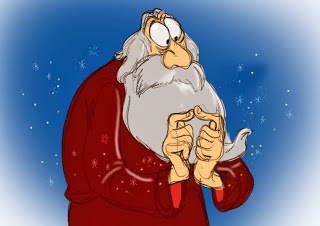 Dungeon's Master talks about it, that the Scourge of the Sword Coast module will be the February kick-off for D&D Encounters and apparently will be in PDF only (no link provided to the source, though he may be referring to this release notice). If this is PDF only....and it's the official third module in line for the Sundering series that started with Murder in Baldur's Gate....then I am concerned that WotC is about to make yet another silly mistake in it's attempt to bring D&D back into relevancy.

The idea of a PDF-only release for the only current lineup of D&D modules prior to 5E's arrival seems weird to me, especially when you already released the first two modules in print. The likelihood it will be priced reasonably is also in question; $35 for a print book was acceptable if pushing it slightly given that these weren't even hardcover books. If this module goes for more than $12 in PDF I will be interested to see if that many people are really desperate for new official D&D content to cough up.

The idea of publishing PDF only also flies in the face of the current dominant competition: Pathfinder offers all its books in both print and PDF format, which is honestly the best way to do it (imo). You can pick and choose your medium, or mix and match as needed.

Another thing: someone tell me what game store is going to want to keep supporting D&D Encounters if the only way to get the module to run games is to bypass the retail store entirely? Where's the product on the shelf that's going to help generate sales for the game store? I see no incentive here to get stores to participate in this event.

Posted by Doctor Futurity at 2:51 PM

Email ThisBlogThis!Share to TwitterShare to FacebookShare to Pinterest
Labels: 5E, DDN, Dragons, Dungeons, next, scourge of the sword coast, sundering