Here's the official news release, confirming what most people who've been to this rodeo before already figured:

December 19, 2013 – Renton, WA – Wizards of the Coast today announced that the highly-anticipated new rules system for Dungeons & Dragons will release in summer 2014.  After nearly two years of an open public playtest and more than 175,000 playtest participants, the rules are complete. Players will be immersed in rich storytelling experiences across multiple gaming platforms as they face off against the most fearsome monster of all time.

Now we wait, and see how it all goes down... 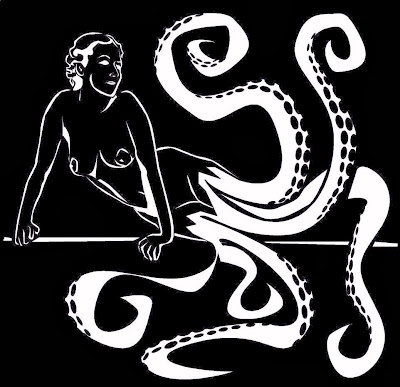 I will make the following predictions:

2. It will not reunite the severely fragmented base.

3. It will not kill Pathfinder, and at best may push Pathfinder back to #2 on ICv2's sales lists.

4. It will be a great deal of fun to play for those who give it a chance and figure out what they actually did with the system, especially old fans of AD&D 2nd edition like myself, who...no matter how much we love 2E, can never go back, because as great as it was 2E is still a hot mess.

5. The real strength of 5E will be that fans of Pathfinder and other D&D-likes can actually buy the support modules and settings, using them "as-is" in their own preferred ruleset.

6. 4E fans will stew in anger and a true Swords & Wizardry for the 4E set will arise sometime further down the road.

Posted by Doctor Futurity at 9:28 PM