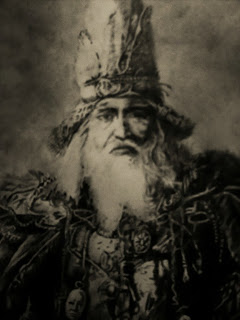 A couple years ago when Pathfinder was still young and new, I worked up a campaign setting called Enzada, the core theme of which was "nonwestern societies are dominant, and there are thousands of gods/pantheons." Since then it's evolved a great deal and I have run no less than four large campaigns and several small campaigns to completion...it's made a nice home on my shelf in the campaign section.

Once core conceit of the setting was a spell point mechanic, which I am reprinting here for those interested in how I do it. The principles work great with any edition of D&D, and I used this spell point system extensively back in my 2E AD&D days too.

Magic users of Enzada do not memorize and then release spells; they cast them from engrained Patterns in memory, and kept safely in spell books. As such, all spell casters of the world can spontaneously cast any spells they have learned, provided they have the magic for it.

Characters must keep track of spell points for orisons (and cantrips if necessary), standard spells, bonus spells (such as for domains) and spells for classes. Within a range, they gain spell points equal to the level of the spell they would normally memorize, plus bonus points by intelligence or their dominant trait. For example, a character who can memorize 4 1st level spells and 2 2nd level spells would have 8 spell points.

Spell points are recovered at the rate of 1 point per 10 minutes of rest, or are fully recovered after a full night’s sleep. Morning rituals of preparation and renewal are required for vows, to study and aid in imagining the words, mandalas and gestures which activate the Patterns to cast spells, usually no more than one hour in length to do so. A spell caster who does not spend one hour a day refreshing his talents suffers a cumulative -10% spell failure chance per day.

Cost of Spells in Points by Level:
Spells have a cost equal to the actual level of the spell.

Orisons and cantrips are cast with their own special spell point reserve equal to the number of orison spells normally memorized. These are kept separate from normal spell points, although one orison point is worth one quarter of a normal spell point, and a GM may allow conversion between the two if desired. Under this mechanic, all orison/cantrip points are replenished with a short (ten minute) rest.

Spells with Other Uses

If you have spells from a domain or other source that allow X number of uses per day, you can optionally convert those number of uses to spell points by multiplying the total by spell level. I personally do not allow such conversion, keeping those special exception spells as they are, however. 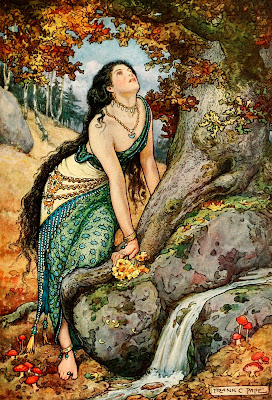