Most of my loot acquisition consisted of graphic novels and video games, nothing unusual there. I haven't bought much in the way of new RPGs, and none this weekend....I'm saturated with games that I don't have time to read or play as it is, and these days graphic novels, video games and books are a bit more accessible with my limited free time than RPGs are. Hell....my backlog just for Pathfinder is about twenty books strong (including Ultimate Camaigns and Mythic Adventures!) so there ya go. If I add more to that pile I'll never get anything done...

On the Steam sale I snagged Dark Void for $2.49...I've tried it before, but it seemed intriguing enough to have on hand should I get a chance to play it some day. I also grabbed State of Decay for PC plus it's first DLC, as well as Alien Rage Unlimited. Alien Rage looks great and I want to play but a cursory opening shot left me dying two seconds after I meet the first enemies, consistently. Not a good sign.

State of Decay is the first successful open-world zombie apocalypse game, and well worth checking out. I have previously played it on the Xbox 360, and am looking forward to a playthough on the PC, along with the release of the expansion pack which provides more open-world, infinite survival goodness. I'll probably talk about it more, later. 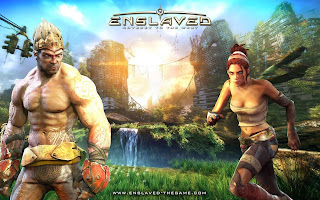 Green Man Gaming, Impulse and others also have their weekend Black Friday sales. I grabbed a severely discounted Enslaved: Odyssey to the West for PC edition, a fantastic game which I enjoyed on Xbox 360 years ago and like to replay. It's as fun and engaging on PC as it was on Xbox and looks much nicer now. For those unfamiliar with this game its an action-adventure style game with a lot of climbing revolving around a post-apocalyptic future in a tale derived loosely from the Chinese epic Journey to the West. 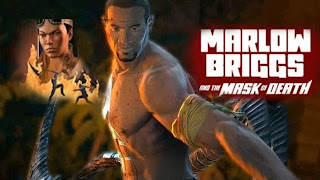 I also found a hidden gem: Marlow Briggs and the Mask of Death. Holy cow is this game fun....it's a classic action-adventure that feels very much like the "good old days" of this style of game from the PS1/Dreamcast/PS2 era, when you could still get unabashedly fun adventure titles involving fighting, jumping, leaping and endless killing, all wrapped in a glorious display of crazy storytelling and over the top characters. Most of the industry abandoned this style of game ages ago, but it is very nice to see something like that back again, and extremely fun and playable. Marlow Briggs is a rough and tumble fellow who just wants to visit his archaeologist girlfriend at the shady dig site she's been working at, when the evil Bad Guy decides to off him with an artifact weapon. No sooner is Marlow on the trash heap of dead bodies than does a Lord of Xibalba resurrect him to become the instrument of destruction against the infidels....a job Marlow is absolutely suited for. I love this game!

More on these as I get time to play through them. May be a while, as I am currently on a massive Assassin's Creed kick (blasting through AC: Brotherhood now, so a ways to go).