The Idea: Aging Heroes and Campaigns that Span Decades 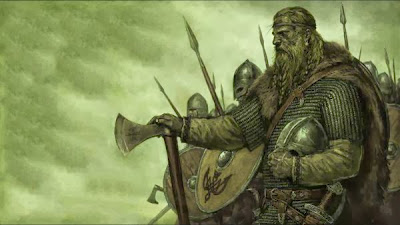 It's been a hellish month for work so I'm not caught up...or even ahead, really...on my posting, so this one may be short and sweet. As I've been thoroughly immersed in the Assassin's Creed series, it's been interesting playing through the Second game and its two sequels (Brotherhood and Revelations, the "trilogy within a trilogy" if you will) focusing on Ezio Auditore de Firenze, the assassin who inherits the legacy of his father at a young age and goes on to become the Mentor of an order he founds to defeat the machinations of the Borgia (the greatest villains Italy ever put forth) and ultimately seek out his destiny in Constantinople. It's a fascinating journey, because with each new game you see an additional slice of Ezio's life, a progression from young tough at age 16, hitting on the ladies and generally up to no good...to a twenty-something roving young adventurer-assassin, to the man who eventually conquers Roma and ultimately the wizened sage of the order, looking for lost relics and lore of his ancestor in the Ottoman Empire.

The games do a surprisingly good job of making Ezio look his age....in the first game you see him up to his late thirties. In the second game (Brotherhood) he's in his forties, and by the time of Revelations he's in his fifties and it shows. The young Ezio barely notices when he makes astounding leaps and jumps, but the old man Ezio grunts and bitches with spills he didn't even notice in his youth. It's a really interesting touch. 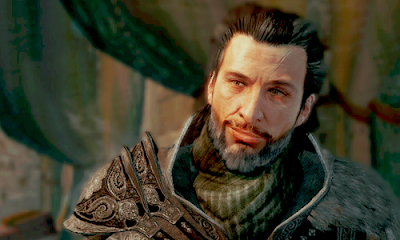 So this got me to thinking about ways one could structure a campaign around characters over a period of years, rather than the typical passage of time seen in RPGs. I've run linked campaigns that stretch over decades or longer for PCs in the past, but in recent years my campaigns are often year long affairs that cover (in game time) less time than the real life play time takes...on occasion. It would be interesting to consider a narrative arc which encompasses two or more decades of time. This might not have as much impact for a party of elves or other long-lived PCs, but for humans, halfings and such it could pose an interesting challenge.

Not only would a campaign built around a multi-decade long narrative be interesting for its dynamics, a book like Ultimate Campaign might make more sense, providing some unique ways to flesh out lengthy downtime. You could have a campaign that ends with a four story arc involving the liberation of the city from an evil baron...then next session picks up five years later, with the PCs the legitimate saviors of the city, and a "catch up" session to see what everyone did. It might not suit everyone's tastes, and it depends strongly on a measure of GM control over the story process, but if done right I imagine it could be rather compelling.

I imagine another way to approach it would be in full disclosure: let each player know you'll be telling a series of narrative arcs, spaced out X number of years apart....then find some thread that links these periods of time together, and in turn the PCs (but don't tell them what it it is). This way the players have a head's up to think in terms of discrete time blocks for their character's development...and between each time period for the campaign you can include a lengthy catch-up/downtime session to fill in the between-time gaps.

The purpose of such a narrative approach would be one of novelty, and also to look at how the story changes when it is designed to take place of a long period of time....not to mention what the characters would look like. I'll have to consider this approach for my next campaign arc, maybe. 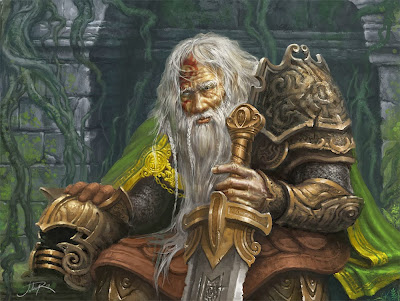