Friday Blog - PS4 one week in 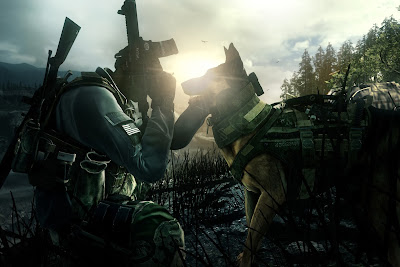 Just a short update for Friday....so we've had the PS4 one week now, and I have a few observations:

Five Good Games: unless you're into sports or legos, neither of which appeal in my household (yet; Marcus is just learning about real, physical legos right now so give him a couple more years and I'm sure video game legos won't be far behind) it means my wife and I collectively have snagged Call of duty: Ghosts, Need for Speed Rivals, Battlefield 4, Injustice: Gods Among Us, and (despite having it on PC) Assassin's Creed IV: Black Flag.

I couldn't resist playing some ACIV on getting it, and it turns out the purchase was worth it (fair disclosure: I used Gamestop credit so it didn't really cost me anything, although the Season Pass did). The PS4 version runs better and looks nicer than the one I have on the PC....a sad sign my PC, at three years old, is getting long in the tooth.

I played just far enough into ACIV to have a double-take moment followed by the usual "....oh, I better finished the other games soon so I know what major plot bit they were just refering to...." moments.

Netflix on PS4 is Testy: what is up with Netflix? It randomly freezes the whole system, gets testy when you do things like pause, and also corrupts any background loading you've got going on. We're still using the PS3 for Netflix right now, the PS4 version of the app can't be trusted.

Handy Reboot Tip: if your PS4 has frozen you can reboot it by placing your finger over the whole "start" strip and don't move even if you think hell just froze over. It will eventually reboot, I promise. (About 20-30 seconds, IRL)

Couch Co-Op: My wife and I have ascertained that if you want local multiplayer, Call of Duty Ghosts is a solid win, with multiple split-screen modes to keep us going, despite the fact that Battlefield 4 is technically the superior shooter experience....we both want to play Battlefield 4, but it won't let us play together, so CoD: Ghosts gets more of our time, and we take turns on Battlefield 4 otherwise.

Aside from CoD: Ghosts Injustice has some fun beat-em-up multiplayer, but I suck horribly at these fighting games, so its more fun to let my wife play while I watch the unlocked story scenes. Rumor is the game Knack is good for co-op couch gaming but neither of us found the cutesy platformer genre that Knack comes from to be interesting.

Touchy Feely Console: The PS4 turns on by swiping it's on-spot, which is not an obvious place unless you read the manual. You can also eject discs this way. For some reason it does not let you just turn the console on from the controller like the PS3 did (though you can turn it off that way). It also seems to get uppity in it's power-saver mode, so I've been keeping it in hard-off mode when I shut it down.

Beyond this point....I have to say we're both happy to have the PS4 now. I still have PS3 games to finish...and I shall....but the potential of the new system is obvious, and I expect it will only be a matter of time before the Xbox 360 is retired, and the PS3 will probably hold us over for another year before I finish all the backlogged titles I have on it, too. By then, the new gen consoles should have a decent array of titles to keep us from even wanting to look back. 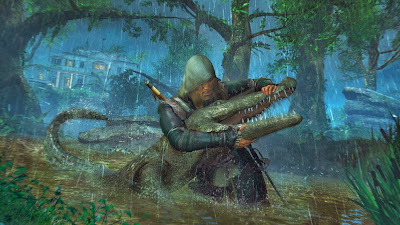