It's out in PDF now, and a print+PDF version shall arrive shortly. Apparently I'm a bit out of touch with what's going on in the World of Darkness, not without cause....they've moved entirely to a PDF+POD based rleease format through Onebookshelf, and are also dabbling in licensing and Kickstarters, so if you're not a hardcore fan it can be a bit hard to follow. Still, I've always had a fondness for Vampire, and it's various incarnations, even if I could never quite fit in with the core audience. Here's the text from the release page:

The new Chronicle Core book for Vampire: The Requiem.

Tonight, you become one of the Kindred, the beautiful and the damned who hide behind our ordinary world. Driven by a hunger like fire, you will struggle to maintain your humanity while immersed in a vicious society of monsters.
But the sharks you swim with aren’t the only ones out there. Your Kindred are the smart, sexy vampires of pop culture, but you are haunted by the Strix -- the grisly, demon-possessed corpses of folklore. They slaughtered the Night-Senate of Rome, drowned the tombs of the Princes of Alexandria, and warred with the Plague Lords of Transylvania.
Tonight, they’re loose on the streets of your city. Time for the sinners to become the saints, and the hunters to become the prey.
Blood and Smoke: The Strix Chronicle contains:


Color me intrigued.....it sounds like an entirely new setting, if not a reboot. I like this concept of "new shiny vampires" vs. old world nasty vampires. 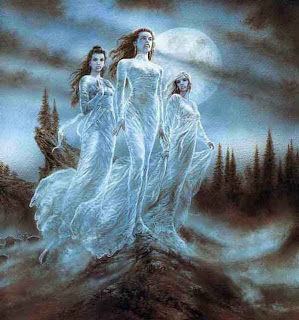 Posted by Doctor Futurity at 2:19 PM