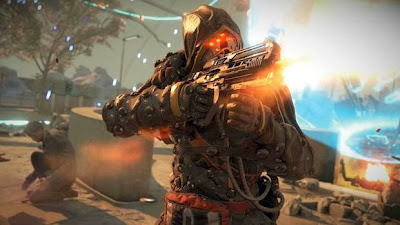 My wife took it upon herself to buy us (and by us I mean me) a Playstation 4 for Xmas. And because neither she nor I can resist giving out gifts to each other two second after we get them, I got it last night. I reciprocated with a Deadpool Omnibus Vol. I (she's a big Deadpool fan) but it felt a little...off kilter. Might need to find some more lewt for her....!

So yeah, despite not planning to get a PS4 I now have one. Which means this is all I have to blog about today. But a few observations for those interested:

1. I received Killzone: Shadow Fall and Need for Speed Rivals with the PS4. Both decent games. It's impossible not to notice that they are suddenly in 1080p. It's hard to believe it took us this long to get a console that displays games natively in 1080p.

2. The selection of free to play titles on the PS4 is modest but important: Killzone: Retribution, DC Universe Online, Warframe and a few others (such as Contrast and Resogun as PSNetwork freebies) are vital downloads, since outside of this there's a pretty skimpy lineup of launch titles. Also, near as I can tell no one is making splitscreen co-op anymore, which is a damned shame.

3. If you were not a fan of the old Playstation interface you might like the new one. It had a few quirks, but once I got used to it I find its pretty easy. A bit odd how one closes out a game or app, though.

4. A weird negative: don't try to watch Netflix on the PS4 while downloading games. It does not like this, and will make you sorry by corrupting the download files.

5. I think this has been fairly well established, but in case you didn't know, the new generation of consoles are not backwards compatible. So....don't chuck your old PS3 anytime soon. Unless you're completely done with it, the PS3 may still have some life left in it. For me, I've still got a couple dozen games I'd like to finish on the old machine.

On Need for Speed: Rivals....this is a pretty addictive game. Damned addictive. Despite there not being a way to pause while actually rolling around the tracks, primarily because this is a sort of "racing MMO lite," if you need to pause you just go into safe drive mode or quit out to your garage screen. This may cost you winnings....assuming you don't suck like I do....but it's not nearly as problematic so far as some gaming outlets might have suggested. Beyond that, the pick-up-and-go multiplayer racers vs. cops is very addictive for those who are into racing games.

As for Killzone: Shadow Fall the game looks very nice, and starts off promising. It's got a very comfortable interface and the gameplay feels very right. I like the drone you acquire. The forests you stalk through are very impressive. It bodes well for what we can see on these machines in the future. Note that you do not need to have played the prior Killzone titles to enjoy this one, as the story takes place decades after the end of Killzone 3.

Beyond all that, the new PS4 game controller is extremely nice, and I like it much, much more than the older sixaxis controller for the PS3 and prior versions. The revamped controller was long overdue but well worth the wait. So far the only oddity about it is the placement of options button....for me, anyway.

So....more later on the PS4! I'll try to do proper reviews of the aforementioned titles, and also plan to snag Call of Duty Ghosts and Battlefield 4, too. I already have Assassin's Creed IV: Black Flag for the PC, so that will have to sit out, I suppose. I do have CoD:Ghosts on Steam but....my wife would kinda like to play it as well, preferably in splitscreen mode....which I've heard this one might actually support (internet rumors are hazy on this though...) 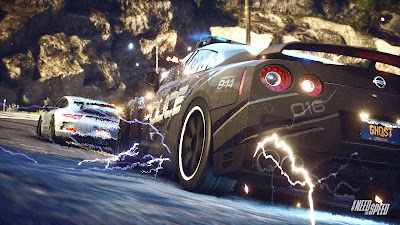