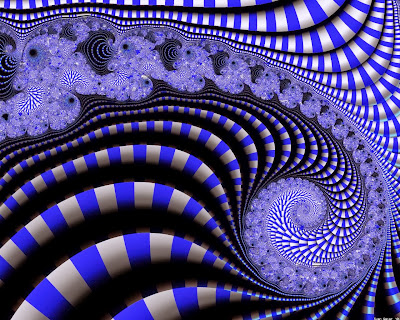 As always my perspectives are tinged with the discoloration of heavy bias! You have been warned. I'll do one or two a day until the year's end....

The D&D Next Playtest

The Dungeons & Dragons playtest pushed through to the point where it looks like a game worth playing, then went offline as the game prepared for final release.

The Good: Yes, D&D will be returning, and soon I hope to have a game system which will let me take Pathfinder, 1E, 2E, Labyrinth Lord and B/X modules and run them all under the same umbrella of a modern system with classic sensibilities, with minimal fuss. As of the last playtest package it looked like this goal was well on the way to success.

The Bad: WotC still needs to earn back the trust of its estranged fans. Not even releasing all editions in premium collector's editions, including OD&D, is enough for some people to erase the bad taste of prior gaffs. Nerd rage is a hard thing to quell, apparently.

The Console Generation Gave Birth to a Litter

The Good: not just gave birth, it like took fertility pills. Look around; there's the Ouya (fair disclosure: I got one yesterday), the Android or Apple marketplace for whatever's in your pocket at the moment, the Xbox One, the PS4, the Nvidia Shield, Wii U, Wii Mini, 2DS, PS Vita, Steam.....there's a mess of both instant gratification and cheap entertainment options stacked right next to premium hardcore experience out there for gaming right now. From a consumer perspective it's win-win. I literally could stop buying games today and would likely still have enough game content to keep me covered until my child was in college. Cripes!

The Bad: but this is also the year many console manufacturers tried to push the envelope. Microsoft either came out early on as severely anti-consumer or just plain misguided in an effort to set trends against the very concept of consoles as they have existed to date. Sony capitalized on this by touting the PS4 as more feature friendly, but it's a weird world we live in where the key selling point of a system is that it promises not to mistreat you (too) badly. Freemium games are now dominant, leaving us in a weird world where there are tons of games out there which espouse free content but cleverly find ways to manipulate the audience into paying dramatically more than they ever would have for a straight purchase. The audience, crazier than ever, willingly partakes of this process involving "free accounts and whales" in the marketing vernacular, while griping incessantly at the injustice of it all. We've all demonstrated that not even sapient intelligence can evade the Skinner Box.

This is the Year I Realized We can now Watch, Do and Play Anything on Anything, Just About

The Good: At some point this year I realized that my son is now growing up in a world where he can play, stream or otherwise access almost anything from any device in the house or in hand, so long as he has a working wifi connection. Also, its starting to get weird when a device doesn't let you engage with a proper capacitative screen. I look suspiciously at my TV and desktop monitor, wondering how much longer I must wait before I can at last simply point to what I want done. For my son, touch screens are just the way of life, and the fact the 55 inch TV is the only thing in his life that doesn't react to touch is a mystery to him.

The Bad: This means I get to be that dad who talks about how when I was his age, I had to deal with crappy commercial-full TV on a low res color screen that was bigger than a freight box while listening to a hand-me-down 8-Track tape player, and how in my day they didn't have touchscreens, tablets were only on Star Trek, and 95% of gaming culture consisted entirely of men; the prospect of a girlfriend or spouse who looked disdainfully upon your interest in comics, games and computers was a given.