The State of D&D Next: Final Open Playtest Packet in September 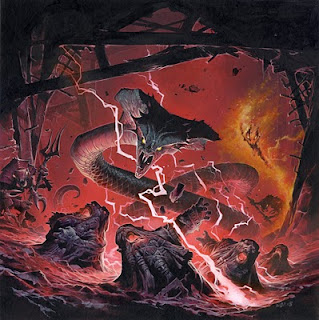 Mike Mearls provides the latest update, and indicates that the last play test packet will go out next month. After that, it's all going to be R&D and closed play testing as they presumably tighten up the numbers, clean up the bits and pieces and write up the traditional metric ton of necessary exposition and fluff. I'm looking forward to it.

The open play test has had an overarching theme that has been consistent from start to finish, but the way its been presented and the different approaches have varied, sometimes quite a bit, from packet to packet. I've taken this as a good sign; a real play test shows change, testing, sometimes progress, and lots of experimentation. If the packet had varied  little from one month to the next that would have been a bad sign. Some stuff disappeared entirely (and who knows what it will look like in the final product)--sorcerer and wizard builds early on, for example (not to mention the blackguard and warden paladins); skill dice for another. Other things have gone missing that I expect will return: some sort of real skill system, for example. The playtest never did look into whether or not to expect more detailed, tactical combat options (and if they do appear, it will probably be some add-on supplement).

Of all the stuff that has shaped and molded I think the bumpiest rides have been in the area of the fighter class and the way feats are presented. As they stand with the latest packet I like what feats are becoming...also, the fact that the notion of feats as presented in 3.5 may at last have loosed its iron tight grip on R&D; I like the concept of feats, mind you....but the execution throughout the 3rd edition days is directly responsible for the vast majority of rules confusion, micromanagement issues and needless monster/NPC stat-block clutter. Anything which reduces those issues is ace in my book. I'll sacrifice a touch of nuanced content in exchange for ease of access any time.

Mearls outlines several bullet points about what the R&D team has learned about overall player preferences in the play test. By now everyone has either read the list or reprinted it ad nauseum, so I won't repeat it (just click the link above) but I do think they've caught the gist of what the larger gaming crowd are interested in, to a certain degree. One thing this list definitely isn't is representative of your average gaming forum-goer's opinions and attitudes. There's a pretty tight group of gamers online who are rife with opinions and game theory, who have their favorite editions and opinions about what constitutes the one true D&D...and those people are important to the process, as we all are, but lack a certain measure of self-awareness about just what their opinions are actually worth. In my own gaming circle, for example, I know of at least 20 other gamers locally who I GM for (and occasionally get to be a player with) and of them only two are regular purveyors of forums who also fill out the WotC play test surveys. So three gamers out of twenty-one (counting myself in there) are actually getting their voices heard (and for the record, two of us are excited about DDN and the third gave up on WotC in 2000).

Anyway....for me personally I rather like the intention and much of the design in DDN's latest play test edition. It's got some neat ideas, it has some core conceits that I have grown to accept (bounded accuracy being chief among them) despite reservations, and a few warts as well (the absence of a skill system in lieu of simply fixing the skill dice problem). The next D&D is going to be closer to its AD&D roots than the last two editions by far, which is not a bad thing by my estimation. And if people don't like it? Well, WotC has done an impressive job keeping all prior editions in print or PDF, which is kind of unbelievable, actually. No matter how you cut it, I'm looking forward to what 2014 has to offer for D&D.

Still not sure Pathfinder has anything to worry about, though... 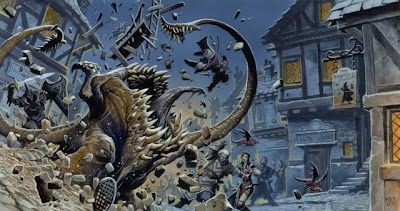