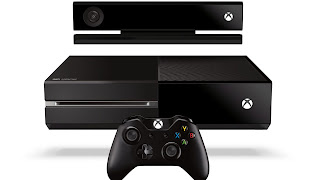 So by now everyone's had a field day with Microsoft's Xbox One announcement. The general consensus on the internet is that they are preparing to shoot themselves in the foot with this latest console, that Sony will get a boost by virtue of looking Less Bad, and that we're all going to flee to the PC for our gaming resources.

Unfortunately most of the people online complaining are not in Microsoft's demographic anymore, or at least that's my take on it. The real question, however, is just what sort of impact the market is going to experience when Xbox One is actually out and it's primary sales depend on the following customer:

X1 needs a household where games are not a top priority (the sort of house where the only titles bought each year are the latest CoD game for dad, an exercise game for mom and some kid friendly games for the kids). It's going to depend on the more serious gamer crowd to come along for the ride like desperate junkies. It's expecting me, for example, to stick with it because of Halo 5 and whatever Gears of War becomes in the next generation. As much as gamers protest, I expect a lot will cave and follow along for this reason.

X1 needs a family or individual who somehow thinks that the television features of X1 are great and...more importantly....are worth upgrading to from what is already offered on a a multitude of other devices already (including the 360!) This is a real problem area for them since it seems like (so far) they've pushed this functionality heavily. They're offering me nothing that I am not already getting on my 360 and PS3 right now, or couldn't get through innumerable other devices. I could be underestimating the number of people who will shell out the bucks for a device that integrates everything more smoothly, sure....but that price better be low, because most people who are using their console for TV viewing right now already have a console that does it fine. My suspicion is that if the X1 doesn't do well then Microsoft will try to figure out a way to quickly phase out the features of the 360, to try and force adoption.

X1 needs a household which thinks that accessing apps on your TV (instead of your phone or tablet like real humans) is a cool thing. I don't actually know who these people are. Do they even exist? I will go for my PC, laptop or Nexus for apps long before I'd even contemplate the Xbox.

X1 depends on a purchaser who is unconcerned with the need to buy used games, and who is comfortable with content being locked down to their account. This is the least of their hurdles, as we're practically there in every way, shape and form already in terms of electronic media; consoles are relics from an era when digital content came on ownable physical media. However, there is a very large hidden market out there for used games and consoles, and it's really prevalent in my local area. These people also tend to be less likely to have internet connections. This market is being treated as persona non grata in Microsoft's eyes, it looks like. The part of the used market that will have an impact on game sales are those people who sell back games, then use the credit to buy new games. Exactly how large that market is remains a mystery, although I think Gamestop wants us to believe it's huge. My guess? It will have a measurable impact, and the response will be for Microsoft to follow Steam with a reliance on more sale prices to move games to the "secondary buyers" who can't or won't shell out full price new.

Always Online...At Least Once a Day

Most importantly, the X1 needs a household that has a persistent internet connection and is never concerned about the need for periodic offline gaming. This is where I think problems are going to arise. First and foremost, I live in an area that's always in perpetual ecomic decline relative to the rest of the nation (New Mexico), and there's a significant population here that do play games, but don't have internet outside of their phones. This entire market will evaporate for a console that requires a check verification once a day. Even assuming these people are predominantly purchasers of used and discounted games right now, thus making them part of the demographic Microsoft no longer cares to entertain, they're still missing out on a great potential new market for the cheap Steam-style secondary (long tail) buyer market that could come out of making these consoles accessible to people who have limited or no internet access.

A second problem with the internet issue is (on the surface) relatively minor but in reality it's going to be huge, but apparently Microsoft doesn't think so: the US has a lousy infrastructure for decent internet, and it often has troubles. I may lose internet for a couple weeks out of the year, usually a day or two here and there....but on those days I can generally play console games or see what Steam games actually work offline (if I am lucky enough to catch Steam in the mood to play the offline dance). If the consoles lose their ability to work without that connection, even if its only for a few days....then the consoles start looking very, very irritating. People have a lot of choices for entertainment, and the ones which cause the least hassle the least often will look better by comparison. So even assuming you don't live in some rural area where connectivity is impossible or infrequent, you're still looking at a service that's limited by your internet provider's reliability....and we all know how reliable these providers tend to be (Comcast cough cough).

The point though is not that this is a huge dealbreaker...it's that it's a huge potential annoyance that will surface just often enough to piss people off. Then they will look around for the option that is slightly less annoying, and notice that their PC is still working fine, and their offline Steam connection during that crisis is still okeedokee...or that they have these older consoles that still work great, with a metric ton of fine games still saturating the market.

In Competition With Itself

Microsoft probably doesn't need to worry about Sony's PS4, beyond the fact that while nothing in the PS4's announcement to date sounded that exciting, it also sent up no horrible red flags. No, Microsoft needs to worry about its own worst enemy, the Xbox 360. This machine is in households everywhere, still lets you play the same game disc on different consoles, plays offline, can still provide plenty of decent TV and movie watching online, and is supported by an incredibly robust catalog of games, most of which are dirt cheap these days...and you have to go back more than six years to start finding titles that look (comparatively) bad. The top problem here is that their core demographic: a household with a mom and dad who are maybe possibly into the popular games but mostly want a babysitter for the kid and a convenient way to watch TV and movies without a hassle...these people already have that. It's called the 360, or the Wii, or the PS3.

Speaking of the Wii, notice how the WiiU hasn't sold all that well relative to its predecessor. Sure, hardcore gamers didn't adopt it in droves because it looks odd, and a lot of us were lost with the Wii, right? Well...what about the people who bought a Wii? They're in that demographic that Microsoft is targeting right now, the same demographic that already has the Wii, and didn't need to move on...or the 360, or the PS3.

Microsoft is about to make the same mistake as Nintendo by switching focus on its target demographic, and I'll boldly state my prediction right now: by Christmas 2014 the numbers for Xbox One will look a lot like the WiiU in terms of rate of adoption over time...and worst case may even look as bad as, say, the PSVita. PS4, provided Sony doesn't screw up something, will be healthier and have a reputation for being a true gamer's console. Short of the 1% expiring and leaving their fortunes to the 99%, I doubt there's going to be any serious saturation by the Xbox One in this already over saturated market.
Posted by Doctor Futurity at 7:00 AM