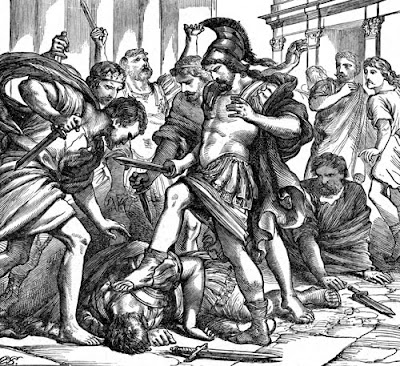 I was planning on using The Ruined Fortress of the Evil Overlord for my Saturday night playtest, but that will have to wait until next session as I got my copy too late to prep for it. Instead, I pulled out Marvek Keep, a little monstrosity I had worked on for such a purpose which utilized a medley of maps from Paizo and WotC both, for maximum miniatures enjoyment this time (specifically the Ruined Fortress maps from WotC and the Haunted Dungeon map from Paizo). They got about as far as the fortress on night #1, not bad considering that (this being a different group from the other playtesters) we went through a new round of character generation.

The evening's session was about three hours after the obligatory char gen time, and included a wood elf rogue, wood elf cleric of the healer god, a human paladin warden (named Park "don't call me ranger"), a human two-weapon fighter and a human druid (who spent most of the session as a dog). The group was hired to investigate an ancient keep about which there was a great deal of superstition and old folklore. The keep had been gone for centuries...and suddenly reappeared deep in the swamps, not long after which monsters began causing trouble for local farmers and fishermen, and orcs appear to have moved in. The group was hired to clean it out. Very simple, straight-forward plot, hard to beat!

The party encountered an aggressive party of orcs on patrol led by an orog and had a tough fight...the druid almost died twice. They found the keep by evening, made safe camp and miraculously avoided any random encounters while resting up for the following morning's exploration. After approaching the keep with the druid in dog form as distraction they ambushed two human and two orc guards at the entry and managed to invade the keep. While investigating several upstairs chambers (despite an orc guard escaping to the dungeons below to warn others) they found some unusual magical weapons and also a strange mist-shrouded room with a runic barrier at its entrance and what appeared to be a floating skeleton inside.....then the previous orc and human warriors who had been slain came back to life as zombies. (There's a backstory to the keep, that it was a bastion of defense during the zombie plague years, and that the keep's sorcerous protector spirited it away into a safe demiplane....centuries later it has mysteriously reappeared, and unknown as yet to the players it still contains the preserved zombie plague virus....)

Anyway, this is the Saturday group, which includes some outspoken anti-4E OSR advocates and one pro-4E fan. The consensus from tonight's session was surprisingly unifying...everyone found something to like about this edition, and the OSR hardcores were especially pleased to see that this appeared to be an edition of D&D they could once more get behind. We'll be continuing the Saturday night playtest on a bi-weekly basis, with some more players joining in two weeks it looks like.

This time around we ran into the following oddities:

Zombies....seem rather hard to kill, don't they? Is the damage dealt which they use as the base for factoring a CON save to stand back up cumulative, or does it only factor the damage in at the time they receive a blow that reduces them to 0 or lower hit points? It reads like the latter, but in actual play there was at least one zombie that was starting to look nigh unkillable due to some good rolls. Still....the players like the way zombies seemed to be disturbingly tough to get rid of.

Turning undead....everyone was surprised at the low totals it can turn at level one, although they quickly grokked it as being something you used on very weak and injured undead, or zombies that won't die. I felt like there should have been some sort of save mechanic that affected undead that were more powerful than the "five times level" threshold, but maybe I was just being a pansy DM. Hmmm.

Mystic Healer Conundrum....Multiple times now players with healy clerics have encountered the problem that the Mystic Healer specialty brings to them: they want a strongly consistent "healer" theme between class, background and specialty, but the mystic healer's initial feat perk is redundant for them. It seems like the first feat in this specialty chain should grant something extra or something different to characters who already gain the specific cantrips from their classes. Otherwise...it's only useful as a specialization to non-healer types.

I appreciated that orcs in DDN work more like orcs in the Pathfinder beginner box. They get an extra round of "dead on their feet but don't know it yet" before keeling over; better book-keeping this way. That said....one could imagine an evil DM having an army of front line orcs, with a second row of first-aid equipped second line orcs ready to bandage up their zero HP and lower brethren before they pass out.

I'm getting used to just looking for DEX to resolve monster initiative. I experimented with rolling for everything on the monster this time, including hit points. Last time I messed around with the "standard" or default values, even those for damage. It's nice to have both the rolls and the averages supported in the stat blocks.

Overall, I'm getting very comfortable with the DDN mechanical process, but I am noticing more and more that skills appear to be "success buttons" with that skill die. Skill rolls seem to be very, very swingy. I feel like they should go back to ranks, but make ranks very valuable (i.e. get four skills at rank 1 each, and then at each level you'd get a new skill die bump instead get +1 rank to a new or existing skill, basically; adjust feats to reflect this as well). Then they could make skill dice something that certain specific classes get as a serious bonus to one key skill or something...or do away with the skill die idea entirely.

Also......call me hard to please, but I wish monsters had assigned skills. They could use them, in my opinion. It adds flavor. 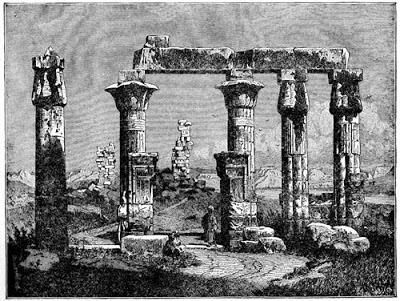 Email ThisBlogThis!Share to TwitterShare to FacebookShare to Pinterest
Labels: Dragons, Dungeons, next, playtest