Nook-pocalypse! Microsoft Eyeballs the Nook like a Tasty Hamhock

Just ran across this tidbit: Microsoft is considering buying Barnes & Noble's Nook Media Division (story here). In the document it indicates that B&N has planned to phase out Nook hardware entirely by the end of 2014, transitioning to an App-delivery approach on other devices.

Anyone know of a good app that can strip out the DRM from books?* I have this nervous feeling I'm going to regret having bought so many books through the Nook store soon..... 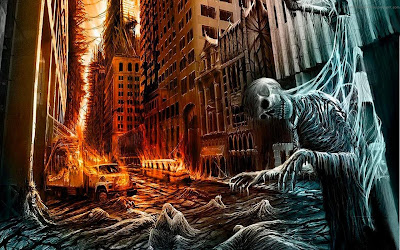 EDIT: I guess the real concern I have is, "What if the Nook folds? What then of my DRM-locked books?" Sooner or later something like this will happen, and it will be interesting to see both how the event is handled and how people react to it. The public hasn't been burned yet, but all its going to take is one major distributor of electronic entertainment to signal something of a panic. The GOG.com stunt from a few years back was a great indicator of just how potentially vulnerable we are to one of these distribution services going belly up and disappearing.

Luckily, a lot of publishers who sell through the Nook sell without DRM attached, and usually it's stated right there in the ad text. Probably half of my books on the Nook are readable in Aldiko or any other ereader. The rest of them, though? Well, I guess the odds are Nook as an app reader will be around for a long time to come....but it's something to consider for the future. Buy with whoever looks like they're the most generous (no DRM) or most stable (Amazon), I guess.


EDIT #2: I take it back, I do recall a prior event which was fairly disastrous and led to ill will, at least amongst myself and others who were burned by a purchase/merger: Direct2Drive's being absorbed into Gamefly. I, and many others to this day (more than a year after that merger) still can't access many of the games we had purchased through Direct2Drive due to the lack of support or sales agreements (presumably) between those publishers and Gamefly. As of today I still won't shop there, not until they cough up my missing games.

*I am aware of the irony here, that such an action might constitute piracy. Strictly speaking, I expect B&N/Microsoft in whatever agreement they cough up to accomodate their paying customers going forward. Realistically, though, I may take this as a reminder not to be buying anything marked as DRM-locked if I can help it.
Posted by Doctor Futurity at 12:45 PM