Review: Voodoo Volume 1 - What Lies Beneath 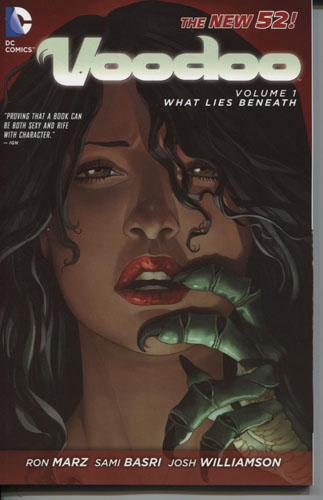 Voodoo Volume 1: What Lies Beneath is the collected first six issues of the New 52 reinvention of one of the old Wildstorm universe characters. I was a big fan of the Wildstorm universe for as long as I could hang on, despite DC's nebulous mistreatment of it (though to be fair they may have been suffering from a combination of author issues mixed with low sales, so YMMV here). Voodoo as a half-daemonite from the Wildcats era was a fun character but she was also typically one of the eye candy heroines so prevalent in the Image era of comics. Later on she was developed into a more sophisticated character in later iterations of the Wildcats, but she never entirely came into her own. This series definitely changes that.

In What Lies Beneath Voodoo is reinvented as a rather more sinister hybrid daemonite, transplanted into the "New 52" era of the DC Universe and given an interesting make over. She's no longer a confused stip dancer laboring under the problems associated with a hybrid nature which she doesn't quite understand; instead she's a fully realized alien hybrid with an agenda, pursued by agents of the government (the Black Razors) and....at least in the first chapter....briefly masquerading as a stripper as a cover story. She's still Priscilla Kitaen, sure; but she's much, much more than just the human half of her nature, and she's allied with other hybrid daemonites who have a very interesting agenda, one which is complicated by being in the same universe as the Green Lantern Corps. 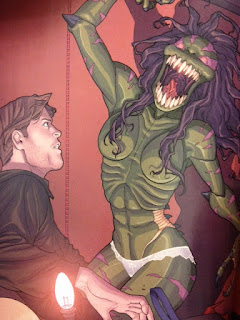 I won't dwell on the plot specifics, having already said too much in terms of spoilers, and this is a good book to go into reading "blind," but it's definitely got some fun plot twists as the story moves along. It reinvents the daemonites as a force of quiet alien invaders, leaving much of the daemonite intentions somewhat unclear (though secrecy to avoid being detected by the Green Lantern seems to be high on their list). The pure blood daemonites are reimagined as blue-neon tentacle monsters, and while we haven't (unfortunately) seen any sign of some of the original Wildcat daemonite foes yet, their ambiguous intentions, the ruthless nature of the government forces out to oppose them, and the legacy of the daemonites from prior Wildstorm series help to create a decent aura of building mystery and menace as the first six issues move along.

Bottom line: a good "quiet" alien invasion tale with a protagonist who is decidedly an anti-hero but more because she comes from a culture that is at best ambivalent towards humans and at worst fears them enough to exterminate them, several decent plot twists and a number of tertiary supporting characters that are interesting in their own right. Requires almost zero knowledge of the rest of the DC universe to properly follow (barring an appearance by Green Lantern and a hint of other interesting story elements in the Stormwatch series, which I may pick up next).

This series appears to take place before any creation of a Wildcats, filling out a back story for Priscilla Kitaen we haven't ever seen before, and which doesn't really contradict or destroy any of the known or key details about this character's prior iterations, and leaves future plots wide open to move toward some future meeting with Grifter and whatever New 52 iteration of the Wildcats we will (hopefully) see down the road, all while letting DC's writers incorporate whatever regular DC guest stars they feel like guest spotting.
A+ 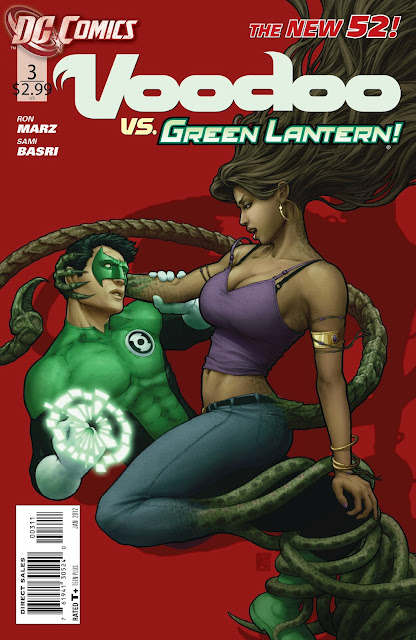