Diving Back into Comics...Justice League Dark, Voodoo and Pathfinder 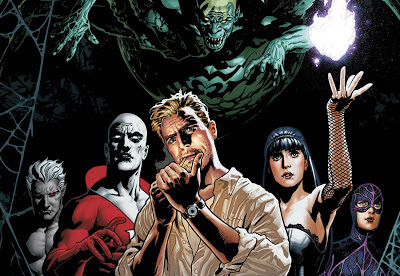 I've been in a funk lately....video games have been unfulfilling (usually), MMORPGs feel like stale toast to me these days, my focus on RPGs has narrowed down to Pathfinder for now as I find I only have time to focus on it for my Wednesday game and (occasionally) the DDN playtests. On the other hand some fiction I've discovered has been very engaging...I've especially enjoyed Richard Kadrey's Sandman Slim novels and Tim Curran's awesome writing (especially Zombie Pulp, a fantastic collection of short fiction that reignited my inerest in both short stories and zombie fiction). Both are excellent reads if you're in the mood for some grizzly, down-to-earth weird horror and modern supernaturalism.

One thing I used to be into which fell to the wayside was comic books. Among my old favorites were Planetary, the Wildstorm universe books (Grifter, Wildcats, Stormwatch, Backlash, Team 6, etc.) and the unbeatable Top 10. Eventually Wildstorm sort of fell apart, and its inconsistent revival through DC made following it tough. Other greats (like Planetary) died due to the whim of the creator, though one can't fault a writer for deciding to end it when the creative drive for the project stopped.

For myself, another big part of the exodus was due to the difficulty of re-entry to the more mainstream comics. Comics are rather expensive by the issue, and the big publishers have a habit of marketing them in ways which make it difficult to get a coherent story if you aren't following every single storyline. I'm a victim of the era of the Blackest Day/Brightest Night (or whatever) era of comics....and effectively dropped out about a year before the New 52 hit. Marvel's even worse in my book....trying to keep track of it all was painful, and some of their writers need to be dragged out back and taught a lesson or two in good storytelling. The Ultimate series was good....until it, too, got overly convoluted and then who knows what they did with it, because staring at the comic shop walls? I can't tell anymore what the hell is going on with Marvel. Easier to stick with the movies, I say.

In the end, the only series I continued collecting were the Dark Horse Conan releases (which are quite good, actually).

Anyway, after a visit to the local Kaboom! comic shop I snagged volumes one and two of Voodoo, the first volume of Justice League Dark, and ordered Grifter and Suicide Squad. I also snagged the compendium of the Pathfinder comic series and put in some orders for the Conan graphic novels my collection is still missing.

I'm kind of excited to be getting back into comics, I like how DC is methodically printing these series in 6-issue compilations at a time, and I think it's just the "spark" I need to help me get some creative energy back.

I'll offer up some belated opinions and reviews soon... 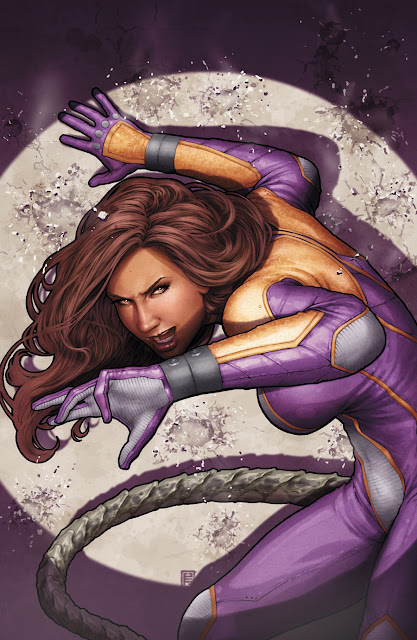