Tera Wars of the Old Republic

As one who is currently suffering from an inverse ratio of time to interest in Tera, Rift and Star Wars: The Old Republic (with Guild Wars 2 looming like a shadow spectre over the near future), I can really appreciate Penny Arcade today: 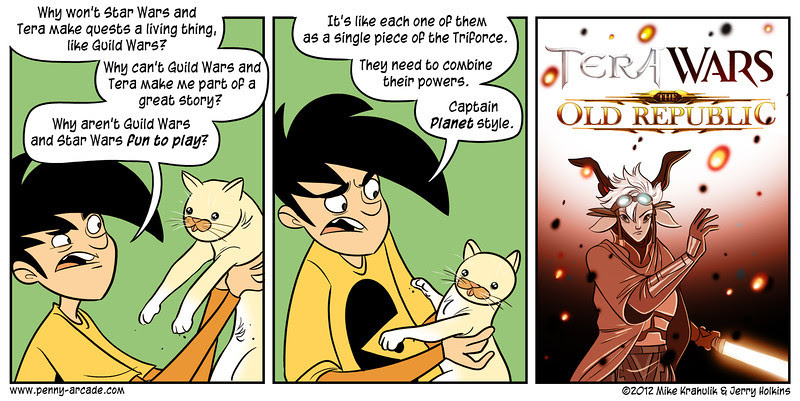 At least this way I could save money with one subscription, eh?!?!

BTW Tera is a lot of fun to play. It's different (it's an action MMO, so if you've only ever played button-pushing classic MMOs like WoW, the game may shock your system), in that moving around --a lot-- during combat is absolutely essential. The North American localization is very well done; I do not, amazingly, feel like I'm playing a typical poor port of a Korean MMO with all of the failings of the medium. In fact, this may be the first Korean MMO I've ever played that transcends virtually all of the stigma of its heritage.

Plus, popori. Fuzzy round murder hobos. Seriously, I'll be featuring some player-ready stats on them soon for use in Legend and T&T soon. Even the Elin (faerie spirit bunny girls) aren't annoying like I thought they would be, and my wife was all excited at how cute they were. So I guess if you see someone playing an elin, its either a woman or a pedophile. I guess. Or maybe I'm just cynical...

The rest of the game's notorious garb is well done but its exactly as distracting as your libido allows for. If you are male and not periodically shocked or stunned at some of the clothing (or what passes for it) that female avatars wear in this game, then I suggest you check with your doctor to make sure your testosterone count isn't down. 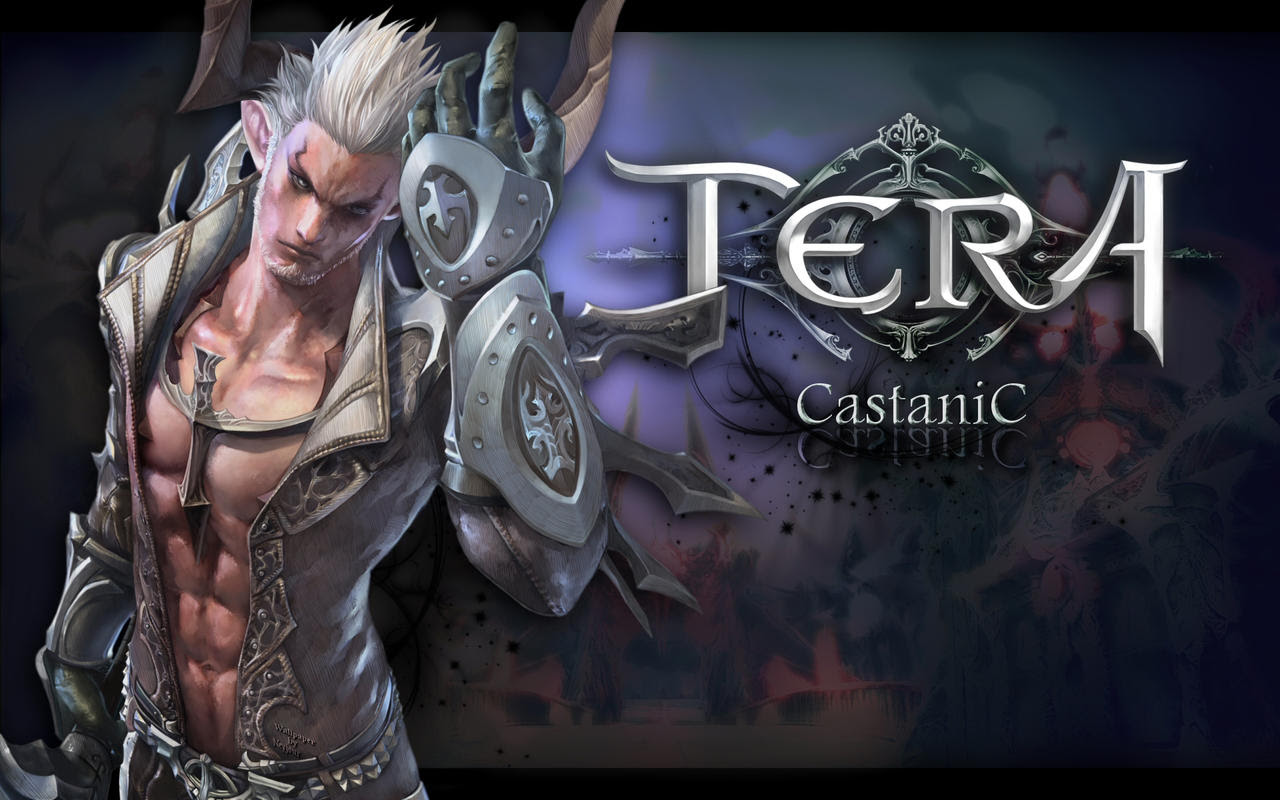 Equal Opportunity Eye Candy For the Ladies
Posted by Doctor Futurity at 4:32 PM