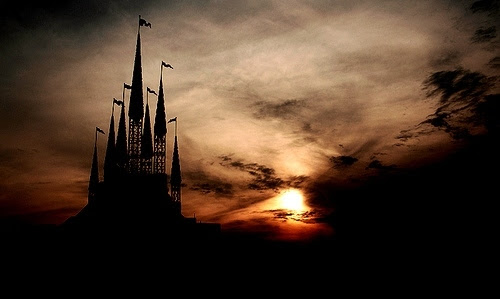 There are many sinister plots, schemes and threats lurking in Kasdalan. Some may require intervention by well-intended adventurers, others may become the focus of meticulous destruction by Lady Poe and her forces, for whom the adventurers might become mercenaries in the service of the queen. I present now the first of many plots in Kasdalan...

The Cult of the Pale Queen


The Pale Queen is the subject of a cult that has sprung up in recent years throughout Kasdalan. The Pale Queen is believed by those in the know to be a representation of no less than Tyrea herself, the first and eldest daughter of Lady Poe. The rumors, if they are to be believed, is that Tyrea has at last found her way back from the Far Realms at the edge of existence, and that she intends to seek revenge upon her dreadful mother as well as to at last lay claim to her heritage. Those who claim to have seen or spoken to her, either in visions or dreams, say that she is a dreadful entity now, far removed from the comely young woman of centuries ago, for the Far Realm warped and twisted her in ways unprecedented.

Throughout Kasdalan covens dedicated to this Pale Queen have arisen. They are not allied with or even sympathetic to resistance groups or cults of other gods in the land, all of which are equally persecuted under Lady Poe’s reign; rather, they seek to subjugate the kingdom to their will, to depose Lady Poe and pave the way for the Pale Queen to at last return and become a new queen of Kasdalan. The cultists believe firmly that Tyrea is destined to be the one who leads Kasdalan to world-spanning greatness.


The Lionhead is the title given to those men and women who have banded together quietly to seek to overthrow the endless rules of the dark queen and to end her ages-long reign of terror over the land. They seek to cast out the evil and darkness that plague Kasdalan, and to return once more to the idealized ways of lost Pellucid. The leader of the Lionheads is a man known only as the Revolutionary, though the inner circle of this order knows him to be Araden Gilharad, a man who claims to be a direct descendant of King Gilharad, which makes him a blood relation to Lady Poe, and that his ancestors were among the lucky few to survive Poe’s fratricide in her early rise to power.

The Lionheads (a reference to the old heraldic symbol of house Gilharad) espouse a sense of traditional chivalric virtue derived from the old Pellucid standards, which have become almost sacred and magnanimously more significant to the Lionheads than the standards of chivalry are even now in Mercurious or Correnstal. They number a few thousand strong, but work in secret, for the overwhelming power under Poe’s control is still too great for open rebellion. Recent efforts have involved trying to forge meaningful alliances with the Pellaeans, the Lakemen and even the Kasarak barbarians in the north, to serve as mercenaries in what is hoped will be a major initiative within the next two years.