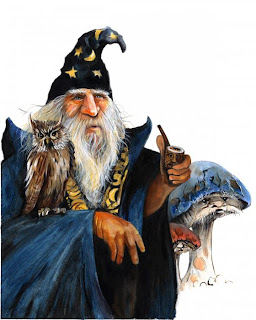 A quick follow up to my outrageously enthusiastic piece from yesterday. I do like what D&D Next is presenting in the initial playtest document, but after a day of reading it over and thinking about it, I realize that there are some issues....broad issues....that are for me at least tempering my overall immediate interest in this thing and where it's going.

First off, I've never been a big fan of beta testing. I once got to engage in closed testing for Nintendo. It was an interesting albeit brief (2 weeks or less) experience in which I decided one day to just not show up because I was sick or ramming funny polygon animals into walls to look for cracks and seams in the polygonal environments. Over the years, I've had opportunity to engage in both closed and open betas for other games online, especially MMOs, as the developers of these games decided to start using beta tests as a combination stress-tester and last minute advertising boon. Inevitably I have found that when I beta test something, it's flaws are glaring and if they don't end up being fixed to satisfaction with the final release it's disheartening. Better to go in oblivious to the beta state, I have found. A fine example of "final release is just like the horrendously flawed beta edition" was Gods & Heroes: Rome Rising. Although in that case playing the open beta saved me a lot of money. Another game where beta testing diminished my overall experience despite the generally good quality of the game: Lord of the Rings Online. A very good game, but shaking off the beta impression was hard for me to do.

Anyway, what this means with DDN is that I might wait for a while yet before I try to mess with the playtest. I might just even abstain from the playtest and simply watch from afar to see how it develops. There are issues with the current playtest that I admit are concerning to me....I don't like where they are going with the hit dice mechanic, one of the core issues I had with 4E being the way healing surges killed most dramatic tension, for example. I like the whole themes and backgrounds idea in characters, but after studying the rules I realize that the static skills as bonuses approach is limiting; I've always had a sweet spot for the overly complex proficiency rules of 2nd edition, and 3rd edition's skill system was, while slightly more refined in terms of options, pretty decent except for how stingy it was in handing out skills to characters. Pathfinder cleaned up the 3rd edition skill system a bit....it's still stingy and lacks certain skills I wish the system supported (such as an athletics skill) but overall its generosity with ranks is a huge plus. But going to a new system where skills are modest, static bonuses....hmmm. C&C has something like that, of course, and I don't mind it at all, but at the same time C&C's core assumption is that "classes are skills" after a fashion, or at least define what your character would know to be good at the class, and that means you do improve in those "skills" as you get to add your level over time to all checks of a nature consistent with your class.

Some 4E fans are suggesting that there's way too much retro-system fetishism going on in the new DDN playtest doc. I kind of think this is correct, albeit with the caveat that what its doing for me is hammering home the fact that for some bizarre reason every edition of D&D since 2.5 has tried hard to completely reinvent itself, and this one is no different. It might be "stepping back" to look a bit more like the older editions, but it is still decidedly not 1st or 2nd edition by any stretch. How many other RPGs out there regularly reinvent themselves in ways that appear to be designed specifically to make them look like new mechanical wolves in old sheeps clothing? Imagine if Call of Cthulhu had this much change from edition to edition....I would think that CoC's base would be fragmented to hell by now (Trail of Cthulhu and other spin-offs for Savage Worlds and True20 not withstanding).

So anyway, I've offered to run a playtest game for my regulars, and will do so if there's interest (there is). But I will probably then shelve it for a while (unless actual play playtesting really "wows" me) and wait to see how it all evolves as its own "thing" apart. This crowdsourcing (is that the right term here) approach to design already looks very messy....I can't see how the older edition fans and the 4E fans....since apparently no one plays "D&D" in general anymore, everyone's gotta have an edition camp to sit in....will ever be able to reconcile their specific needs and wants out of this edition.

Posted by Doctor Futurity at 7:10 AM

Email ThisBlogThis!Share to TwitterShare to FacebookShare to Pinterest
Labels: Dragons, Dungeons, next, playtest