There's a fair amount of third party publisher (3PP) support for Starfinder already. It ranges from single-page add ons to large volume content such as the Starfarer's Companion. I haven't grabbed even a fraction of it (yet) but I have snagged a few interesting tid-bits worth mentioning, which I will do so over the next few blog posts.

One thing I think Starfinder 3PP need to steer away from is the low-hanging fruit of "Pathfinderizing Starfinder." Starfinder is set far in any future from the fantasy realm of Pathfinder, and the Starfinder core rules deliberately build from this future universe with new takes on old concepts to distance the SF setting from its high fantasy forebear. Solarians, technomancers and mystics are the new magic users; adding back in all the classic magic classes seems very popular with a lot of the 3PP support, but it's ultimately not really helping Starfinder to grow and become it's own beast. We don't need the witch, the loremaster or the sorcerer in Pathfinder, for example, except for fringe cases where maybe you're going to elevate an existing fantasy campaign from their backwater planet in to the big universe (certainly a good approach to introduce players to the new universe without breaking any comfort zones on character options).

What we need are newer, stranger things that build from the foundation that is set by the core rules. What weird surprises does a universe have in store for a future dominated by the solarians, mystics and technomancers? That's what Starfinder needs to expand on. 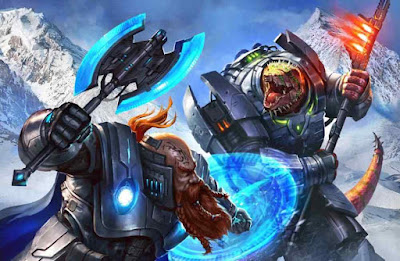 Posted by Doctor Futurity at 3:05 PM