The Woodland and City Gnome in OpenQuest 2 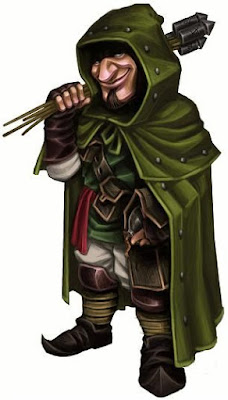 Gnomes have long been identified as a type of elemental in Runequest derived systems like OpenQuest 2, but for those of us who need…nay, crave gnomes in their fantasy adventuring, here are some stats you can use to handle your gnomes in OQ2.

Gnomes are essentially diminutive forest folk who sometimes go a little weird when exposed to the big city. A basic gnome has the following stats:

Gnomes come in two varieties: the first is the classic gnome, sometimes known as the woodland gnome, who is commonly associated with nature spirits, the natural world and a penchant for quiet mischief. Such gnomes are generally regarded as honest folk with a solemn regard for nature, occasionally enjoying a prank or joke at another’s expense, but never with real malice or deceit intended.

The other variety is sometimes known as the “city gnome” or the artificer gnome. These gnomes are the result of what happens when a gnome or community of gnomes spend too much time in the presence of technology and magic. Such gnomes are inevitably corrupted by the delights of civilization and technology and this exposure unlocks strange and dark secrets within the gnomes themselves, who appear to be almost unbearably, addictively drawn to exploring the depths to which they can merge magic and science. 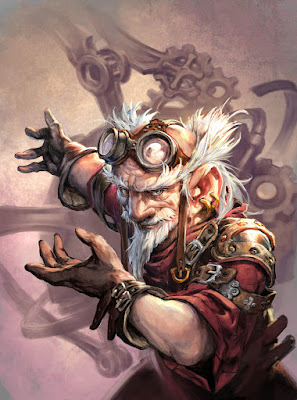