Tonight's Magic World session turned decidedly dark as the adventurers (well, Home Invaders as I've taken to calling them lately) trashed the smuggling ring beneath the warehouse in the harbor district of Samaskar and discovered that the smugglers had been leasing out the back wing to a den of serpent men cultists worshipping Hox Nagor, primordial god of serpents.

In the midst of the purge the entire event got a little Mythosesque on the group as the serpent men, while defending their turf, took to summoning something hideous from the Dreamlands in the back room. They popped the serpent man doing the summoning but not before one of these showed up: 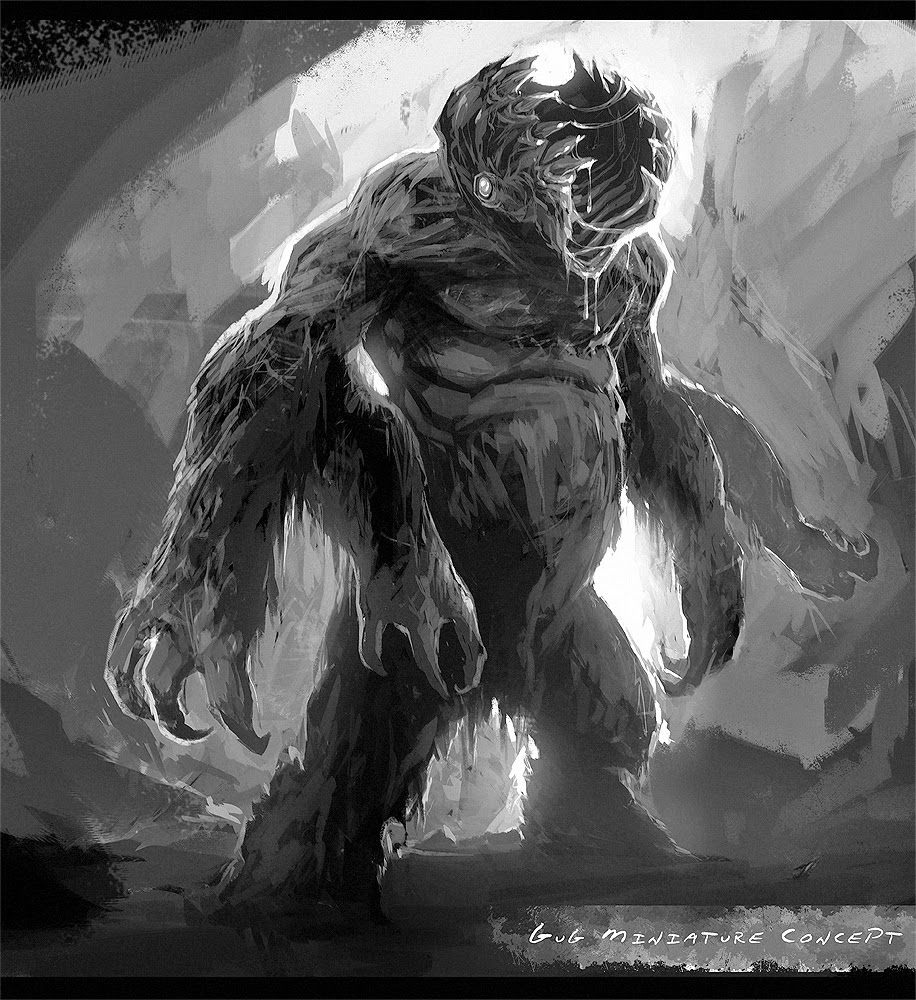 Yep, a Gug. Most of these players are not versed heavily in the lore of the Cthulhu Mythos, but some knew enough to realize that this was not good. Suddenly, that extra book I was hauling around labeled "Cthulhu: Dark Ages" started looking a lot more concerning to everyone...

The gang eventually found a way to send the gug back to the Dreamlands, but not before realizing that they had very nearly seen a potent and horrific beast let loose in the heart of civilization. One of the adventurers, a nomad from the Aiga to the north was driven mad when the gug nearly ripped his left arm off....and the searing touch on his flesh left him with a keen sense of the beast's presence. Another, an elven thief, stole the jeweled eyes of the primordial statue of Hox Nagor earlier and suddenly discovered she could see all manifestations of the quintessence around her....and into other realms coterminous with ours, as well.

I let the group know this was still "heroic" Mythos level Howard-inspired type stuff afterwards; we're not playing with sanity rules, and these are all heroes who take for granted that the world is filled with supernatural horrors....but avoiding this thing's grasp was still an excellent idea!

Posted by Doctor Futurity at 1:33 AM