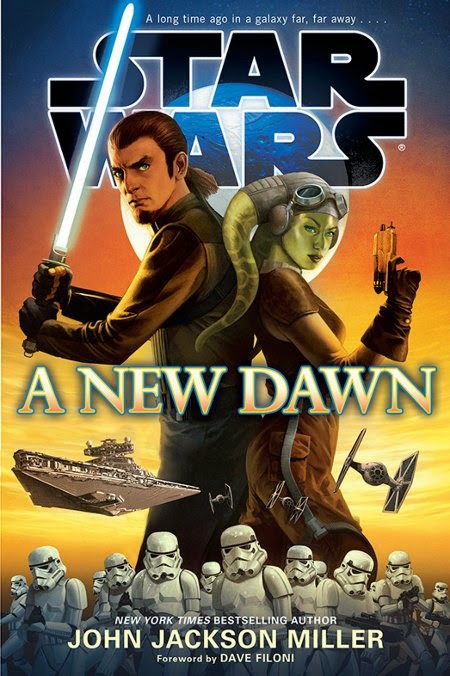 Like many beloved continuities the Star Wars Expanded Universe grew over a period of thirty years in a manner typical of a complicated invasive pest organism let loose into an unprepared wilderness. Like tumbleweeds in the American Southwest, rabbits in Australia or the nutria in Louisiana the Star Wars Expanded Universe has run rampant though the unexplored off-screen potential universe of Star Wars. For better or worse this has led to some memorable stories that people love (anything by Timothy Zahn) and some horrible stuff that we all wish we could forget (list too long to name; also, contentious as everyone has their pet peeves). It's also led to an interesting and weighty nightmare in terms of just how a reader keeps up with all of this. Take a break from Star Wars novels for a year or two and you could find yourself hopelessly out of touch, unable to catch up and figure out what the heck happened.

Juggling continuity like this is a real beast of an issue, and some IPs have managed this better than others. Comic book publishers are especially famous for this: DC Comics, for example, periodically likes to reboot its universe and uses its many alternate realities to do so, a tradition going back to the Crisis on Infinite Earths which was ironically designed to clean up their many alternate-reality crossover storylines that had turned their comic continuity into spaghetti mush. This has the advantage of making it easier to jump into a contemporary storyline for DC (with the New 52 reboot most recently) but with the disadvantage being that older graphic novels and comics may be contradictory or nonsensical in relation to the newer tales.

Marvel, by contrast, dogmatically sticks to their core universe and periodically "soft reboots" with retellings and reimaginings of the classics stories of yore (for example, the Season One graphic novels) that are designed to make the original tales (many dating to the sixties with all the baggage that entails) more contemporary while not precisely negating the original tales. As a result, you have to read all Marvel comics with the implicit assumption that everything that has ever been published for the series technically takes place within the last 10-15 years of their condensed "super-floaty timeline." That means that in the early eighties when I was reading about the first Phoenix tale, in "Marvel-universe-time" those stories technically took place around 2000-2004 in "current Marvel-universe-time." And in ten years those stories will be taking place ten years later.

In Marvel's defense, they do seem to be progressing their universe, ever so slightly. It just so happens that their batch of younger protagonists, the second and third generation after the originals, tend to be really uninteresting. Marvel's focus on a sort of "quasi realism" in terms of these character arcs and the whole super heroes in suits concept puts brand recognition for the younger characters at odds with the more readily identifiable characters.

Marvel also has a problem with characters tied to specific time periods: the further the timeline "ages" the weirder the stories and justifications for these characters get. Magneto, as an example, should be 79 years old roughly by my estimates. He looks it in the movies, but I suspect in the comics he's had some sort of slowed aging going on....something? Who knows.

But back to continuity and Star Wars. The idea that the Expanded Universe would survive Episodes VII-IX is silly; there's no way that the people working on the films would slavishly adhere to the bizarre complex canon that grew up in the Expanded Universe, and in fact by not doing so they have opened up the Star Wars universe to a new reinterpretation, one which does not reflect the many years of various special projects, games, novel events (NJO) and other detritus that turned into the Expaned Universe.

For people like me this is a great thing: I get to jump back in to Star Wars feet first when they start releasing the "new canon" novels being scheduled for release. This is going to be great, especially if you (like me) often found the old EU novels to be strange ducks, a product which was one part fan service, one part "we don't know what we can/can't write about in relation to the prequels" and especially the weird anachronism that is the unaging characters of Luke, Han Leia and the rest whose real-life actors carried on in the real world while their on-screen doppelgangers at best got a slight dusting of gray around the temples on their book covers to symbolize the decades spinning away.

I don't know if ditching the whole canon like this is a good move for the cavalcade of Star Wars die hard fans out there, but for me it's just the incentive I need to actually think about getting back into the core Star Wars universe. I really look forward to reading some novels free of the baggage that the EU brings with it everywhere it goes.
Posted by Doctor Futurity at 6:00 AM