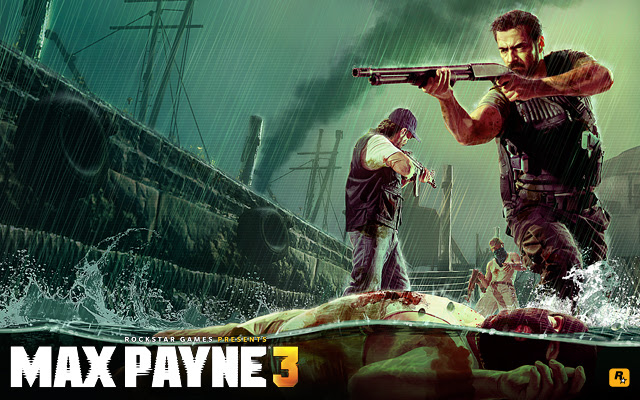 When I'm not working my ass off, playing dad, running tabletop on Wednesdays and the occasional Saturday, reading, cooking, or cleaning, I am enjoying the time honored tradition of gunning down virtual foes in digital land.  So here are a few more games I tried recently that are worth talking about (or warning you about...). As always, I remind you that I am not always playing these games for very long (especially if the initial experience was horrendous) so my comments will be based on the actual length of time spent in the game.

Not sure what to make of this. I played it a bit, and noticed that it felt like a competent shooter which tried hard to emulate the control scheme and even the feel of Call of Duty. It's basically a shooter title portrayed as a lethal gameshow event of the future, where glamorous gun-stars blow each other up then get resurrected to come back into the fray; it only has two play modes, one of which was team deathmatch and the other I don't know because I couldn't find a game. On my brief play through I noticed the following features/issues:

1. The match lasted a long time. It was basically a "whoever has the most kills wins after 15 minutes" type of approach and frankly felt excessive.

2. Quick match making was troublesome....I tried several times to get into a game, any game, before it finally took.

3. Starter characters have almost zero customization; the game's cash shop is built around making you look prettier, although you can earn cash to unlock stuff. One full game was just short of enough cash to unlock one interesting trait; at 15 minutes a pop, it was clear that doing it the free way would be tedious. I didn't stick around long enough to see if the game supported the "pay to win" concept, a deal-breaker by far (looking at you, APB).

My fifteen minute play through suggested there's potential here, but not enough to recommend this game over other F2P shooters, especially Blacklight: Retribution which is a very solid and enjoyable game, and even though Blacklight has a cash shop I still haven't figured out how it benefits me, too much fun playing it.

I don't even know what to say about this anymore. I loaded it up (again) to check out the co-op experience recently added (Mann vs. Machine or whatever). The game inevitably throws me into the tutorial mode (maybe I need to skip that sucker) and in doing so I am reminded that TF2 is a game about spazzy super-fast characters, insta-kills, general insanity and a total lack of cohesion in the classic old-school style. Uninstall, scrub brain, move on, enjoy videos about characters without playing. This is the third or fourth time I've tried to play TF2 and I can't get ten minutes in before I question why it is so popular. I guess I know, but it's just not my cup of tea: TF2 is in the same genre as Nexuiz, Unreal Tournament, Quake Arena and other older-era shooters where characters move ridiculously fast, cover is something you duck behind while mouse-strafing faster than a jackrabbit, and there are no chest high walls because the dude who's crouching is also dying. In other words: a game that appeals to a very specific segment of PC shooter fans who don't grokk realism or an attempt at such in favor of characters who can mouse spin faster than a normal human could ever manage without passing out.

I mean, I could be wrong....but it doesn't matter, something about TF2 just rubs me the wrong way. 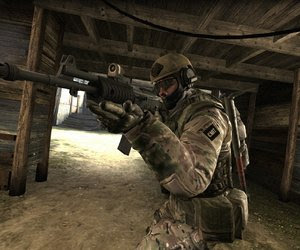 I've only played beta so far, but the game unlocks...tomorrow, I think (writing this Monday night). I decided to get in on the newest iteration. I've played the old version, and it's sort of lacking in this day and age, though I can see within its crusty shell the bits and pieces of a game that would have been far more interesting five or ten years ago (had I been more into shooters back then....bear in mind, my engagement with this sort of game is a fairly new phenomenon, a sort of liberating assertion that youth is not the sole requisite for enjoyment of games in which you play a murderhobo with a shotgun).

Anyway, the beta is kinda cool, but the maps so far seem a bit small compared to what I'm used to in other games, although it does keep the focus tight. They have a bot mode which is always commendable, though I noticed that the difficulty ratchets up from "retarded" to "lethal every time" with virtually no step in between. Also, the bot mode seems sort of hollow and just less interesting than regular competitive mode with live players. This is in contrast to some other bot modes I've enjoyed, such as Black Ops or Gears of War 3, where bots seem just fine and (usually) act smarter than your fellow man, so I would suggest there's more of an issue with the way they are programmed in the game than with bots in general. But I plan to play more pvp directly once it goes live. For the pre-order price ($13.49) it was hard to resist.

UPDATE: since I wrote this CSGO went live and I've been playing it a lot more....it's matches are pretty quick. About the worst thing I could say is, "some of these guys are damned good," but given the lengthy history of this game that's no surprise. I do have two observations after playing a bit: is it just me or do the terrorists always lose? And, sorry to those allies who died thanks to my twitchy gunfire! I'll get better, I promise.

This game does have its claws in me, and I like that I can play it in short bursts and feel satisfied. The maps are, as I mentioned earlier, very "tight" so the angles of approach and accompanying strategies become apparent for each one after only a few playthroughs.

I'll get this out of the way right off: I liked the multiplayer so much in Max Payne 3 I went ahead and bought the season pass. This is highly unusual of me (last and only time I did this was with Gears of War 3). It's that fun. Not everyone would agree.....the vast majority of players in the new player zone  might disagree and some of the people I spoke with seemed downright frustrated. I had two suggestions for them:

1. try the softlock mode if they weren't already (hard lock is for the mouse/keyboard people, I think)

2. Get a controller. This game is clearly optimized for controllers and might be accused of being a proper console port, but I'd say that Rockstar did that in a good way.

So I haven't even played the single player campaign yet and I can't get enough of the multiplayer in this game. It's third-person perspective, you get a random mook of various nationalities and ethnicities, and you shoot the hell out of all sorts of exotic locales (with many more available in the DLC). It's wonky, it's got a variety of additional play modes I am looking forward to exploring. Most importantly, after two games in the noob zone I felt so bad for everyone I was ganking (averaging an impressive KTD ratio the likes of which I've never seen before) that I moved myself over to the full regular game experience because it wasn't fun blowing away all the noobs with their enigmatic control schemes on the keyboard tripping them up.

Once I was in the regular area with experienced players I felt more comfortable; these were people who "got it" and although I saw accusations of hacks flying around, the people so accused were clearly not hacking, because I wasted them plenty and often....I think our entitlement gamer culture can't handle the idea that they might simply not be very good at something; "I  can't be bad at this, no! It must be the other guy is cheating. Yeah, that's it." Mhmm. (exception: boosters in MW3; those guys suck)

I'll report more on this game soon enough. It's addictive fun, and maybe I'll even get to see the single player experience at some point. It's definitely moving into my "continue to play" corral.

(UPDATE: Finally got to try the single player. Another story-driven hit for Rockstar, I'll have to devote a future blog just to talking about this game. Interesting stuff.)

Still keeping up with Mass Effect 3's multiplayer, if only because I'd like to unlock everything, and it's still actually fun. The moment it goes from "fun" to "grind" I'll be closing it out, though.

I played a bit more Gotham City Imposters. Was startled to find myself in a game with a couple level 600 dudes. How does that even happen? These were extremely good players. If the game starts to fall into that pit, as they often do, of games dominated by a handful of elites to the detriment of less experienced players then I may eventually give up. We'll see. Is it even possible to get level 600 under ordinary circumstances in that game? How many hours would that take? If one reasonably advances about 3 levels an hour, which seems about right for my game experience so far, then to reach level 600 would require 200 hours of play time invested in the game.

I would get very, very sick of fake Batmen and punky Joker-wannabees after about hour 60, I think.

Not quite related, but I decided to clear out Rage to make some room on the hard-drive. I think I was about 1/2 of the way through the campaign, but despite some very comfortable shooter elements, I'll be honest: playing through Quake 4 again recently, and anticipating the Doom 3 HD BFG edition has only reminded me of id's old greatness, and Rage falls short. They should have left the car combat parts out and gone for classic id formula, instead of making it a crude faux-sandbox/Fallout wannabe with some fun but hollow drive-y bits. Or, they could have made it a real sandbox game. If Rage had actually been like Fallout 3 or GTA IV, instead of a pretedn cardboard mockup of the same, it would have done a lot better, I think.

Finally there is the aforementioned Blacklight: Retribution. I'm only playing an occasional game here or there, but I remain impressed at this free to play title. Still haven't figured out what their motivation is to get me to buy stuff with money. Still haven't seen direct evidence that it's got a pay-to-win element. If I keep playing, I may eventually buy stuff just to support them, because the game is very smartly designed and provides a very solid experience so far. Not a match yet that wasn't interesting or enjoyable. 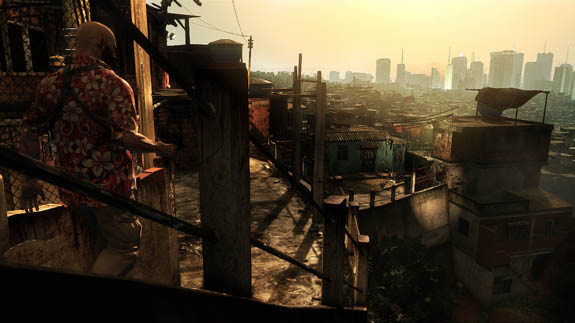