Tales from the Watchers of the Sullen Vigil: Thaerinal

For prior articles and adventures in Sarvaelen check the link list here!

South of the Aeronost-claimed Stormsinger Coast along the Pavain Sea lies a stretch of no-man's land known for its murky swamps and battered coastland. The region of beset by hurricanes for much of the year, and life in this lengthy stretch of coast is unpleasant and frought with uncertainty for those who persist here.

During the period of chaos and disorder after the fall of the old Empire of Camrinal, The coastland fell into utter disarray. Few can say for sure what happened to the people of this land, but it is known that the region was, at least then, a prosperous kingdom which engaged in a great deal of trade with the northerners and the southern kingdoms of Yakhal, Neremune and even barbaric Sammar across the sea. It is even suggested that the old kingdom of Thaerinal had amicable relations with the naga of Stoneblight Isle (also known as Manak'tagar). All of that changed with the final magical fury of the emperor of Camrinal.

Whether Thaerinal was struck directly and left a wasteland or suffered indirectly as the fleeing survivors and the monsters unleashed by the emperor's final magical solution to the conflict invaded the land, no one can say now. What is known is that this length of lowland coastal towns and cities was in a matter of less than a decade almost completely abandoned, and no neighboring land could claim that its citizens had sought refuge across their borders.

Travelers who make it all the way to the borders of Yakhal and Neremune, two lands distant enough not to have suffered the destruction of the Final War, will find that there are many conflicting tales of what went on with their northern neighbor in that time two centuries ago. Some stories suggest that the southern kingdoms saw and heard nothing from the north for a decade until tentative expeditions investigated, only to find the haunted cities and castles of a land bereft of people. A few tales, especially in the rural towns, speak of a night when a great many refugees reached the border, moving by in large numbers in the night, but that those who dared approach these refugees recoiled in horror as they saw that every single one of the fleeing folk had hollow, dead eyes and was driven as if possessed by an animating force. When light struck with dawn, the walking corpses disappeared.

What is known today is that all of Thaerinal is haunted to both lesser and greater degrees, and that about one hundred and fifty years ago the first of the Auslander tribes from the people of Atlenar arrived to settle in the region and repopulate. The first three Atlenar Clans were said to have been exiled by the king of their folk at that time, though some question the varacity of this tale, for no one knows of any true kings of Atlenar since the old days.

The reason for the exile of these clans remains a mystery, though folklore in the region tells tales of the so-called auslander tribes as rejecting the worship of Nevereth. There is evidence of truth to this, for visitors and merchants who travel here from Aeronost are shocked to learn that the people of Thaerinal have no churches or temples to the goddess, and only a handful of local towns even hold simple shrines to Nevereth. The profession of priest seems almost unheard of, at least publically.

Behind closed doors and in the dark of night, however, there are indeed strong cults among the auslanders of this region. There is a secret history which has been recorded in such blashphemous tomes as the "Articles of Survival in Thaerinal" by the mad monk Olestor, and the "Tome of the Black Hag," by anonymous though most believe it was written by the insane wizard Maladastre Findoar who some say still lives, nearly immortal, in the ruins of the old capitol of lost Thaerinal called Alchesnar. These books and others paint a picture of a land in which the people were destroyed or forced away by monsters, beasts created by the black magics and witchery of a dark creature called the Black Hag. Maladastre Findoar gave her a name, calling her Threides, the queen of Old Thaerinal. Such knowledge is regarded as intensely profane, and to speak of such in public is regarded as rude by the auslanders and punishable by the lash in the eyes of Aeronostians. Still, among the few people who harbor faiths and lore closer to the southerners of Yakhal and Neremune they find such information emminently sensible and of practical nature; the reality of the Black Hag is accepted by the shamans of Yakhal and the folk wizards of Neremune. The Black Hag is an evil force and a maker of monsters that they fear and respect. If she happens to have come from a long-dead queen of old only adds to the layered mystery of her origins in their eyes. 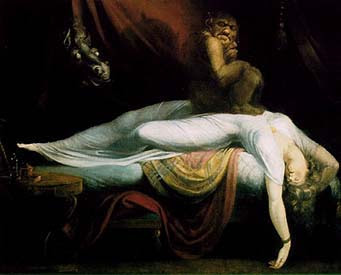 The Black Hag was, indeed, Queen Threides, once a great ruler of the old kingdom. Though the knowledge of her legacy is lost to modern history, it is possible some ancient tomes remain preserved within the numerous ruins that dot the land, or perhaps in the library of the local wizard Maladastre Findoar. Secrets such of this might be coveted by the right folk.

As the whispered and hidden tales go, Threides was wife to the king of Old Thaerinal, by name of Jonask. It is said that Jonask opposed the emperor's reign and intended to take up arms against Camrinal with the rest of the subject kingdoms that were at last rebelling against the tyranny of the emperor. Early in the conflict Thaerinal was subjected to occupation by the Imperial Army, which did great damage to the coastal kingdom before it left, sacking and pillaging, leaving the land without a strong army. It was to be one of the first of the rebel kingdoms that the emperor  sought to make an example of. Yet unexpectedly, their work not yet complete, the emperor's forces picked up and left, to deal with border skirmishes to the south before marching on Atlerar's mountain fortresses.

Why this happened as publically regarded as mysterious. Most felt Jonask had submitted to the emperor, and several weeks later he was assassinated in the streets of Alchesnar. His queen Threides stepped forth and took the reins of rulership. She carefully kept the kingdom out of harm's way, and did not commit what remained of Thaerinal's resources to the war against Camrinal.

Officially this was all that was known. However, the first hint of truth was leaked by the seneschal of the ruling house called Cullen of Merestar, who said that the queen had lain with the emperor, and that either she had bewitched the emperor into leaving her lands alone in exchange for their neutrality in the conflict, or that the emperor had bewitched her with his black magics. Perhaps both possibilities were true at once. In any case, Cullen felt that the king's life was at risk as a result of this dark tryst and he even predicted to the day that the king would die on a day of ill omen, during a solar eclipse. Such did come to pass, and for his accusations Cullen was cruelly hanged by Threides, and his home town of Merestar was sacked by the royal guardsmen, his kinsfolk rounded up and enslaved. Some stories from that dreadful time said that even after his body was lifeless, hanging from the gallows, that Cullen's corpse twitched and writhed for days as if unable to give up its burning hatred for the queen.

When the final days of the war came, Thaerinal stayed out of the picture. When the Final Spell of the emperor was unleashed hell descended upon Camrinal and its enemies, but far-away Thaerinal suffered greatly. Its people were slain to a man, and a great many rose up in death. It is said that only Threides lived at the end, and that even her husband, dead in the grave, came back to life and dug his way out, in an attempt to kill her. Though no one knows who witnessed it, anonymous transcripts written with an unsteady hand and recorded in a folio of parchment buried beneath a coastal lighthouse relay a terrifying evening in which the undead of Thaerinal descended upon the palace at Alchesnar to slay the queen, and how she in turn called upon terrible necromantic sorcery to send them away. So it is that the story of the southern refugees who were dead may have had a spark of truth. The queen, however, sacrificed much of her humanity to accomplish such magic, and she was left a whithered, warped and blackened hag.

Today, if the Black Hag still exists, she is said to live in the greater inland wilderness called Kachim's Woods, which runs along the length of the vast swamps sometimes called "Hag's Land" by the hearty local auslanders. The ruins of Alchesnar remain uninhabited, as many of the ruins in the land do, for like Alchesnar the ghosts and undead of the past still linger. The hearty auslanders have wisely chosen to either build new towns or to knock down the rotting walls of the old ones and start fresh. They find the habitation of these old structures lead to nothing but curses and folly.

The cults of the auslanders fear and worship the Black Hag as well as other dark spirits that they claim suffuse the earth of this land, and even its waters. They say that the unholy bond between the old queen and the emperor led to her sharing his dark fate. The land seems to reflect this, and the warlocks and witches who indulge in this fascination for the worship and study of the works of the Black Hag seem to bear support to such beliefs, as they seem to be able to grow quite powerful in their study of dark magic in the region. Still, the auslanders are a superstitious lot as a whole who have forsaken all gods both old and new save those of the most evil sort, and even a practiced warlock must be wary of who he shows his knowledge and status to lest he be hunted down and burned at the stake. There is an entire society of hedge knights among the auslander tribes called the Witch Finders, who revere no god save the sword and its cleansing power to slay. They have promised only to vanquish the land's evil and protect its people; this is a key source of balance between the cultists of the Hag and her undead agents and the common folk of the land. 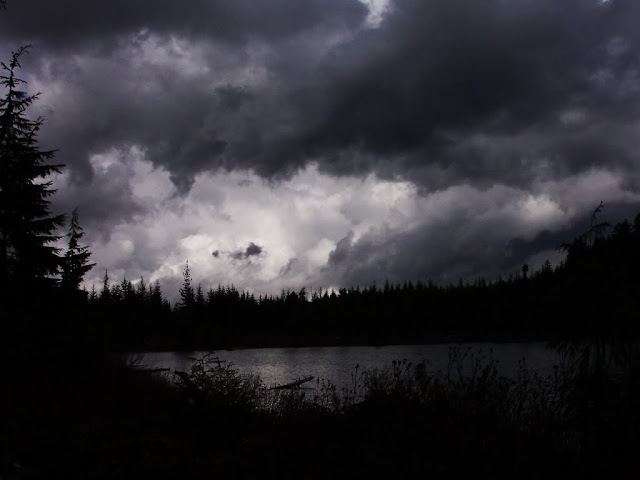