This is pretty cool to see given my focus on Mass Effect 3 lately: check out Crystal Graziano's latest project right here. She looks like a still from the actual game, pretty impressive: 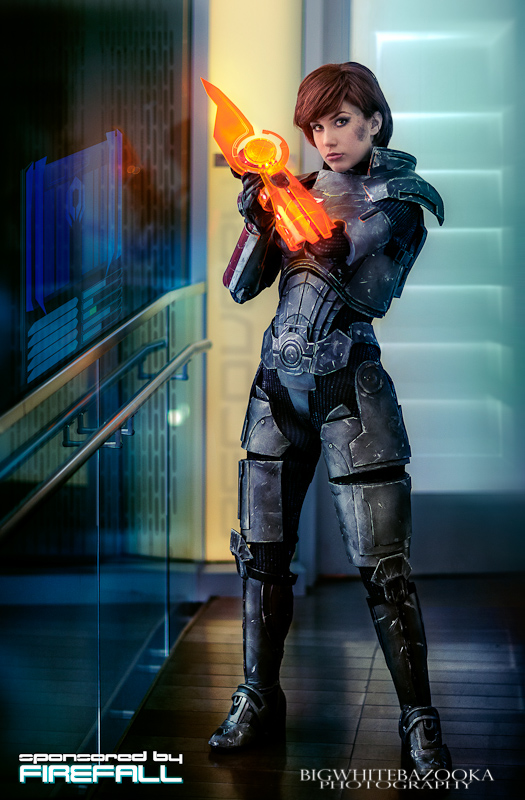 I've been pretty addicted to the Mass Effect 3 multiplayer, methodically working on earning enough credits to unlock all the characters and rare items. It's gonna take a while, but the squad-based "11" wave" approach, while at times annoying (because I sometimes want to play a game for five minutes, not 20+ minutes, and also because if you get in a group with a bunch of crazy people trying to play lone wolf in a squad-based team-tactics game you might as well just call it quits) I am nonetheless finding that the vast majority of the play experience is awesome. I do, of course, play without a mike and all people muted. It's Xbox Live, after all....no good can come from letting the racist homophobes get a chance to speak, even if they're on your side....

In all fairness, I don't reasonably expect that the kind of player who enjoys Mass Effect and also enjoys the team-based co-op multiplayer is the same as the kind of player who enjoys competitive pvp in Halo or Call of Duty, but it's really, really hard to judge such a thing in Xbox Live. When I used to play Halo pvp it was like listening to packs or rabid, racist wolves running wild through the night before I learned how to mute the voice on the 360.

I'd like to meet and talk with my fellow man on the 360, I really would....but up to now, I've had very little evidence that there are any real "men" (or women) worth talking with. I also wish I could just point and say, "racist/homophobic/swearing 13 year olds have ruined it for the normal people like me," but in truth, a lot of the people on there are closer to 31, not 13...

How did I get on this tangent? Well, never mind all that....bottom line is that ME3's team-based co-op multiplayer is very, very good. And that's some good cosplay up above, too.
Posted by Doctor Futurity at 7:00 AM