Well this is really interesting: I just caught the recent blog that outlines one of next year's hard cover releases for Pathfinder called mythic Adventures. The quick and dirty summary: it's an "add-on" book that provides rules for more epic or mythic level game play in Pathfinder. It's designed to make all levels of play more..well...mythic, from level 1 to 20. It adds in mythic classes and rules, designed to enhance the core Pathfinder system to allow for scenarios that might be worthy of Hercules, Arthur, Elric or perhaps even Conan.

This is an interesting idea, and also interesting in that it is probably very much "against the grain" of a lot of the "less as more" movement in gaming today (of which the OSR and the indie scene are but two pieces of the puzzle). So if playing a gaggle of level 0 commoners in Dungeon Crawl Classics is on one end of the scale, then Mythic Adventurers can climb onto the other end and balance it out, I suppose.

The bit in the blog about mythic monsters interests me. Right now the idea of a "true first monster" or epic version of monsters is a recurring theme in my Enzada campaign, which contains a "true" gorgon, minotaur, harpy and so forth, part of a collective known as Immortals who were cursed with monstrous, unending life thousands of years earlier. 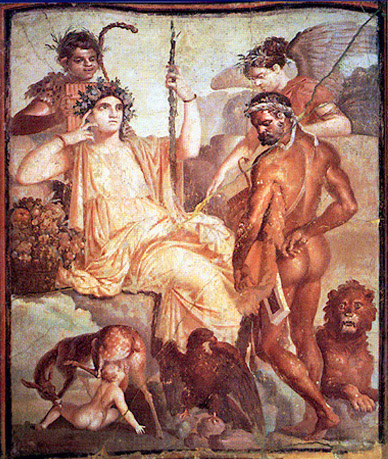 Posted by Doctor Futurity at 12:34 PM