The Gods of Enzada I: The Solar Pantheon of Merille 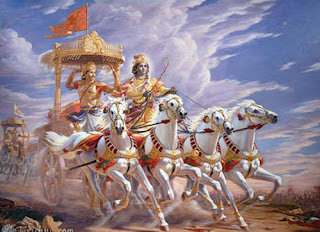 The Solar Pantheon of Merille


This pantheon of gods revolves around the worship of the Sol Invictus and the belief that sufficient reverence to this divine being will insure safe passage after the Sun invokes his wrath of destruction upon the world. Although the Solar Pantheon is not monotheistic, it is sometimes thought to be very close, for Sol Invictus is regarded as the primal deity, and all others are shadows cast off from his radiance.

Creation Myth: The story is that man came from the stars, carried on the wings of the first gods, the primordials, on whom they were mere parasites. It was these gods who filled the night sky with their mirth and lust for wonder, but in time, some of them saw a distant star so grand and majestic that they flew too close, and were trapped in the light of Sol Invictus, as if in amber. One such winged primordial was Enzada himself, and it is upon his back which all man rests. The star which trapped Enzada was Sol Invictus, and he will one day burn the world clean of its infestation.

Sol Invictus, The Red God
AL: LN; Domains: War, Light, Death; Symbol: the solar disk, sometimes crossed with swords.
The divine lord of light and destruction, sometimes also called The Red God, especially in the Hub of Etyri, where he is regarded less as a fearsome god to fear and worship and more as a violent god to oppose. Sol Invictus is regarded as the harbinger of the apocalypse, the god who will ride down upon his sun chariot and incinerate the world at the end of time. He passes overhead in his daily vigil, waiting for the time when he will be called upon the destroy it all.

Were Amdanthus Herald
AL: NE; Domains: War, Death, Tempest; Symbol: A chariot of fire and a bow and arrow.
An ancient war god from old, revered for the harbinger, the god who on the day he appears before man with his army to raze the civilizations of the world before Sol’s purging fires. Amadanthus is regarded as the right arm and sword of the Red God, the reaver that will precede the incinerating fires of Sol Invictus, who will in turn slay all men on the day of judgement. 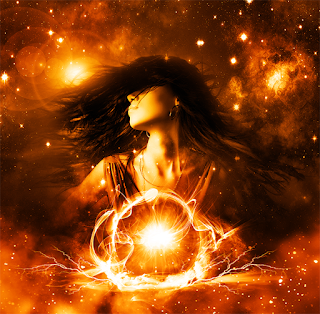 Sippurta the Kind
AL: LG; Domains: Life, Light; Symbol: a growing tree
A gentle goddess of agriculture and fertility, Sippurta is seen as Sol’s wife, and it is popular among her followers to believe that she will spare the faithful from her husband’s fiery wrath to live eternally in the paradise that she will create after the purge at the end of time.

Triktovar, God of Beasts
AL: CN; Domains: Nature, Tempest
As with much of the Solar Pantheon, Triktovar is a god above its creations, and beast that is identified only with the harsh realities of nature and the desperation of survival. All animals in the Merillian pantheon are said to have been created by or are watch over by Triktovar, who is also said to despise civilized and intelligent beings.


A mysterious scholar-deity of Merille, Tenadrus is worshipped by a prestigious enclave of oracles and prophets who speak mysterious truths supposedly written through channeling the words of his spirit into their secretive tomes.