The Gods of Enzada IV: The Pantheon of Dasam 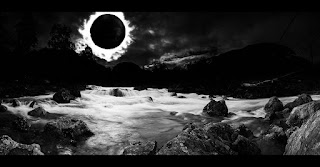 The Desert pantheon of Dasam:


Dasam is a harsh land of wild jungles, intensely hot deserts and barren wastelands for thousands of miles at times. It has a dark and tumultuous pantheon of dreadful gods, all of them representing dark aspects of creation, and a few which are beneficial to man and kin as well.

Creation Myth: The Star God Drod was said to have created the heavens first and then did his creations, the gods and wild spirits who are the stars descend to craft the world from the well of darkness, where Utalos dwelt. In so doing they released Utalos, who plagues man with the curse of death to this day. Pytharos made the serpents of the world, and it is believed that the serpent men and other reptiles existed first; afterwards he cast forth his serpents to twine together to form the bodies of men and his kin.

Drod, the Star God
AL: TN; Domains: Knowledge; Symbol: a giant made of the night
The ancient and primordial god of the skies, far removed from man, but the progenitor of all existence. Drod’s nature today is considered enigmatic, but there is some suggestion that he is actually a very old chthonic god, dating back to the Pre-Inhuridan religions of old. Worshippers today regard him as the keeper of lost secrets, mysteries, and magic. He is known for a strange connection to the unusual phenomenon of the Black Suns which periodically loom in the skies.

Utalos the Slayer
This is a dark god, a vicious slayer who is said to appear on battlefields to claim the souls of the dead.

Minbrata the Wise
The wise Minbrata is a goddess of civilization and commerce, and often called upon by the merchants of Selindar as well as those of Dasam.

Yganon the Desert Lord
Yganon is a harsh elemental god, said to have stolen fire from the sun and brought it to the earth, creating the deserts as he did, where the Sun peers tirelessly in search of his stolen treasure. Yganon is revered by nomads of the savannah as a trickster and survival god.

Pytharos the Maker of Men
The serpent lord Pytharos is the keeper of wisdom and lore and a god venerated by many sages and wise men. He is said to manifest in the induced dreams of shamans in the savannah kingdoms, and he is believed to have created serpents, and from the serpents, men. 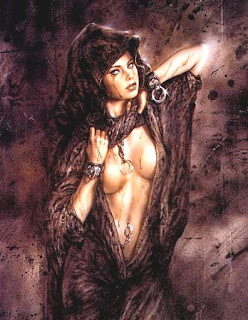 Vadradasha       God of Romance, Night and the Moon
True Neutral      Charm, Darkness, Weather                        Dasam Pantheon God
Vadradasha is one of the more popular Dasamite gods to have been embraced in the hub, a benevolent god by most accounts, around whom many stories of adventure and lust have been told. Vadradasha is said to have impregnated ten thousand mortal women in his time (and not all human) and that it is a popular (if fallacious) pastime in southern Dasam to claim lineage back to the moon god. Aside from his lustful adventures, Vadradasha is considered patron of the night, a caretaker of travelers (and women, especially women) in the dark, and the patron of the harvest and good weather.

Wachan'hular The Mad Crow
Chaotic Neutral               Knowledge, Trickery                     Dasam Pantheon God (and Tengu god)
The profane trickster god of the Dasam, Wachan’hular is a mad being prone to fits of joy and rage all at once. It is said that the god was once a simple crow who flew close to the divine radiance of the sun and stole a sliver of knowledge from the sun itself, and that this fiery radiance plus the secrets so revealed both gave Wachan’hular his intelligence and his madness. Long ago the tengu adopted the worship of Wachan’hular as a patron god of their kind, seeing within his form the spark of their own race. Though original tales of this god do not suggest he created the tengu, it is now a popular belief that he did so (retroactively, perhaps?)


The harsh desert kingdom of Dasam has some unpleasant and arbitrary deities. Sumesthenes is seen as the record keeper of the dead, a transitional god from whom secrets of the afterlife can be learned, and favors gleaned to extend one’s life unnaturally. 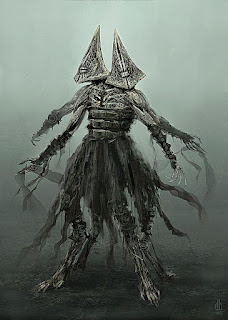