The Blog Returns to Enzada

My world of Enzada has been visited a few times in recent years, but not as much as I wanted to. Since I have some serious time issues coming up in the next month, I've pre-loaded a metric ton of content on Enzada for the next month or so. To get caught up, here's a link to the new index that I will update as the new articles arrive:

World of Enzada Index (plus handy link in the right column!)

Enzada was built for Pathfinder but has since transitioned with minimal fuss to 5E, so if you see any artifacts of one system or the other, you will know why. I also have one document in 4E (inexplicably) which I'll convert some day when I have time. 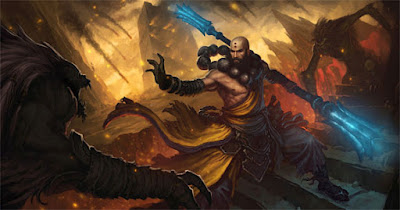 Enzada has best been described with the following quick bullet points for my elevator pitch:

1. Western civilization never survived its dark ages and a mercantile culture of quasi-vedic pseudo indo-aryan imperialists rose to take it's place and unite the world. With them came a unique caste system and a polytheistic belief that absorbed and embraced all religions.

2. There are thousands of gods, and two have taken a personal interest in your character's success or failure. Despite this, none of the gods may be real. Or some of them might, but they are the bad ones!

3. Nothing is really as it seems when it comes to how magic works, and all standard D&D tropes are deliberately broken, especially when it looks like they aren't. 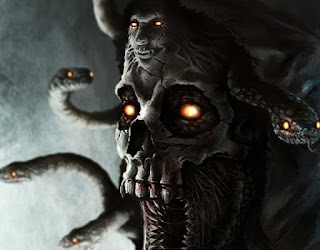 Posted by Doctor Futurity at 11:34 PM