Secrets of Enzada: Caste Ranks in the Hub of Etyri Region 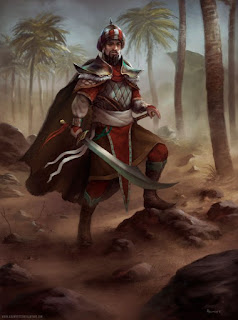 Enzada, especially amongst the cultures of the Hub of Etyri, is dominated by strong regional caste systems, and it is very difficult to shift between castes over the course of one lifetime. The loosest caste system can be found in Selindar, where one may purchase greater rank through wealth. In Nepar caste rank is predetermined at birth and never changes. In Waladar there is no caste system and rank is determined by skill with blade or spell.
Caste is often divided into two elements: economic station and professional station. A professional warrior will always belong to one of the warrior castes, for example, whereas a mage will belong to the scholar caste.
Priests are an exception to the rule; priests are almost universally revered for their unique connection to the gods, and gain special privileges and recognition throughout Enzada for this reason. A priest need never worry about the mundane need for financial gain as most of the Hub will attempt to accommodate a priest, recognizing that it is not his or her job to be concerned with worldly gains.
Castes in Selindar
The Selindar believe strongly in a divine process to the world, and that all men are destined to fulfill the role they were born in to. Leading a good life leads to change in the next life, but rarely does one change stations in a single life time. As such, there are several castes that all Selindari are born into. The caste culture of Selindar has also influenced several neighbor nations, and indeed some variation of this caste ranking exists in the entirety of the Hub due to the fact that its roots lie in the ancient Inhuridan Empire which so heavily influenced the land long ago.

Adventurers fall into a special subcategory of their castes. Each adventurer who earns a reputation as such is known by one of two titles depending on how they conduct themselves: ghumakkar (a vagrant) or bhare (mercenary). Wandering priests and mages are usually called ramata jogi, a term reserved for hermits as well.

Beyond the title of those who wander, the settled caste ranks are as follows:

Vaishya: the rank of the artisan and merchant class.
Kishatrya: the rank of the knighted and noble warrior class. The Grand Kishatrya is ruler of the land.
Shudras: the commoner, laborer and servant class. This group is the largest of the castes in terms of members, and is noted for not owning land.
Sardar: the ruling nobility, representing those who declare law but do not go to war.
Pujari: temple priests of all types and orders, sometimes called Acharya. In the real world these priests belong to the Brahmin caste but the Selindar are not actually Hindu worshippers, so that title is eschewed in favor of a slightly more generic caste title.
Voddha: A common soldier, usually without land, holds this station. The voddha retains his station as either Vaishya or Shudras depending on what his original ranking was. Not many Vaishya seek to serve unless they are the youngest of the family and not in line for inheritance. Some voddha can gain the rank of Kishatrya through impressive deeds.
Jadugara: sorcerers and warlocks are most commonly know by this title. Any who ply their trade as mages are given the title of Jadugara. A mage who is also an acolyte would be known as a pujari, sardar or even a Vaishya. Jadugara has unfortunate implications.
Ramata Jogi: wandering mystics, this is one title which can allow a sorcerer or warlock to escape the jadugara title. Sometimes also called Baba.
Bhare: mercenaries who work outside the system or are also foreigners. A bhare can hold another caste, but is identified as separate by trade.
Ghumakkar: a title for those who are vagrant or seem to move about with no land or means of support. Many adventurers may be initially mistaken as ghumakkar until they establish their reputation. 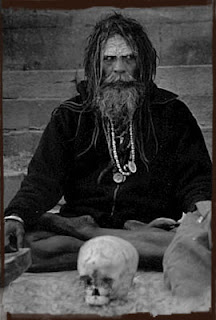 Choosing a Caste and Rank
To choose your caste, pick from the default choice on the previous Background chart or choose from the one that makes the most sense for your character’s class/background combination. Then do the following:
1.      Make a Charisma check for your patron god (DC 15), apply a +2 modifier if you succeed (or -2 if you fail by 5 or more).
2.      Roll 1D10 and apply the aforementioned modifier plus the best attribute you have for your caste (i.e. STR for kishatrya or WIS for Pujari).
3.      Write that down; it’s your caste ranking in relative terms to those around you.
4.      If you have taken the caste of jadugara, your rank is instead based on the above, but instead of rolling a 1D10 you add level instead. As you rise in level, your rank as a jadugara also goes up.
5.      If your key attribute ever increases, so does your rank. On rare occasions great deeds or impressive/infamous acts may also increase or decrease rank, usually by 1 or 2 points.

Losing Caste Rank
Performing a horrible deed or act can get you demoted to a criminal rank almost instantly. If you are dropped in rank for such behavior you usually end up as a Shudras of rank 1, or a ghumakkar, which never rolls for rank.
If you simply lose face in some unfortunate manner (i.e. a kishatrya general loses a battle and is thoroughly spanked) then you tend to lose 1D4-1 points of caste rank. Unless you are fully demoted your rank can’t go below 1.

Gaining Caste Rank
Great deeds, divine interaction and amazing stories of heroes can lead to an increase of caste rank. It is exceedingly rare to see someone change caste entirely, however. Whenever a sufficiently great deed transpires (and it may happen only once or twice in a hero’s life) the gain will be 1D3 caste rank points.  Hitting level 20 is an exception: you gain 2D6 caste points immediately when you reach that level.

There is no limit to how high your caste rank can go. If you ever do manage to gain a new caste, your rank resets as if you had just rolled for your caste rank for the first time. 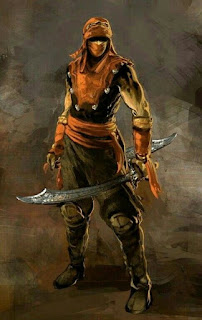 Using Your Selindari Caste Rank
Those with lower caste rank should show you respect and defer to your wishes in casual social affairs and those of higher rank will expect the same of you. When you try to argue with or impose will on those of higher rank you are at disadvantage on your social rolls, and when you do the same to lower ranked individuals expressing opposition you gain advantage against them.
The castes rank as follows for reference:
Padisha
Pasha
Sardar / Kishatrya
Priest / Vaishya / itinerant Jogi
Sudrasy / full / Voddha
Gumkkda
Wizard *

*The jadugara is different, however in that his rank is based on his reputation in magic. For station purposes whenever he reveals his nature he treats himself as equivalent in rank to whomever he is intimidating, so long as he is using imtimidation or diplomacy with his reputation to get his way. If he does not reveal his nature he defaults to Shudras in rank, or whatever other rank he seeks to masquerade as.

Foreigners and Selindari Ranks
This is actually a common practice in the Hub of Etyri. The selindari don’t have a term for foreigner, and consider all men to be children of the gods. As such, any foreigner who petitions for entry into the ranks of the Selindar may do so, and is granted status equivalent to his worth as a man. Such foreigners of caste are regarded as distinct in that it is understood that they often haven’t learned the formal etiquette of their rank. Foreigners who can’t demonstrate ownership of property, wealth or rank in their own society are usually assigned the Shudras or Bhare ranks.

Because foreigners are regarded with a measure of exemption from proper etiquette, it actually means a character attempting to masquerade as a higher caste rank can have better success if they can pretend to be a foreigner while doing it. In such cases the deceiver does not get penalized for failing to take the time to study the local etiquette.

Deception and Rank
A Character of different station than a caste he plans to masquerade as will gain a -5 bluff/disguise penalty if he has not spent time and effort studying the habits and etiquette of that caste. Each time a character wishes to study such a caste, he must spend a minimum of 1 week doing so or he will gain this penalty on his deception rolls.  Once he has spent time studying the caste he may add it to a list of those castes he has studied. The castes may function differently in other cultures and require re-studying.

Belonging to the Neparic Castes:
The Nepar have a rigid caste system, which they adhere to against all common sense by Selindari standards. The lowest level caste, the Eto, are commoners and lesser men of no worth and owning no land. The landed gentry are called the Ehato, but amongst this group is a special caste for warriors, who are called the Shagatei, dedicated to the warlord of Nepar, the Nasua. Shagatei of varying ranks and power exist, and landless or lordless Shagatei are called Etasho. The Etasho are a growing force of mercenaries and rabble in Nepar, caused by the bloody fall-out of the last two decades of warfare, in which the majority of land-holding have been consolidated under the control of a handful of major shagate who are the favored of the Nasua.

If your character is from Nepar, then his caste rank will be based on one of the above. Advancing in Nepari rank is almost unheard of; you’re either born to nobility or you’re not. If you choose the noble background then you may be shagatei (if of a martial disposition) or ehato (if other). Landless and lordless shagatei are etasho, and any martially inclined adventurer may choose this rank. Otherwise, the only option available to characters is ehato if the adventurer is presumed to come from a settled family, or eto, especially if the character is of the outlander, hermit, urchin or other profession which clearly has no money or status. 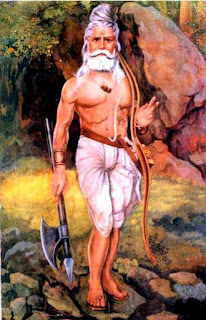