Cubicle 7 announced that it will be producing a new D&D-powered edition of Middle Earth role playing, and it looks like it will be coming from the crew behind One Ring. They will continue to support One Ring, based on the announcement, but now fans of D&D who would like to see the setting in their preferred system can do so (I would be in that corner of the demographic). I'm kind of excited about this! I've always wanted to see a version of D&D done for actual Middle Earth gaming.

It's set for a Summer 2016 release. We may not have much more than Barovia and the Sword Coast for official D&D 5E, but in terms of 3PP we've gotten Primeval Thule, and now add Middle Earth itself along with the future plans for Scarred Lands to the list. 2016 is shaping up to be a great year for 5E. 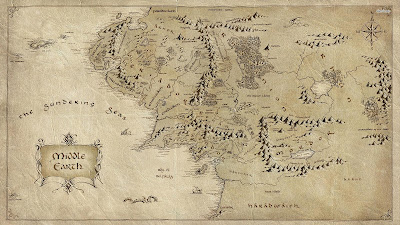