On referral from you the readers I ordered Covert Ops RPG from DwD Studios, which as it turns out is such a cool game that I plan to pick up Barebones Fantasy next. I just got my copy this weekend so no in depth review yet, but its an elegant and easy percentile/D10-based system for running modern and near future covert ops/espionage adventures. The hard cover edition from rpgnow is loaded with all you need to play, but I picked up a print module and also ordered both the initiative cards and condition cards for the game. The production quality of Covert Ops as well as the interesting design have me keen to play....it's very quick to get fully functional PCs up and running, and I think my Wednesday group will be interested in trying this sucker out. 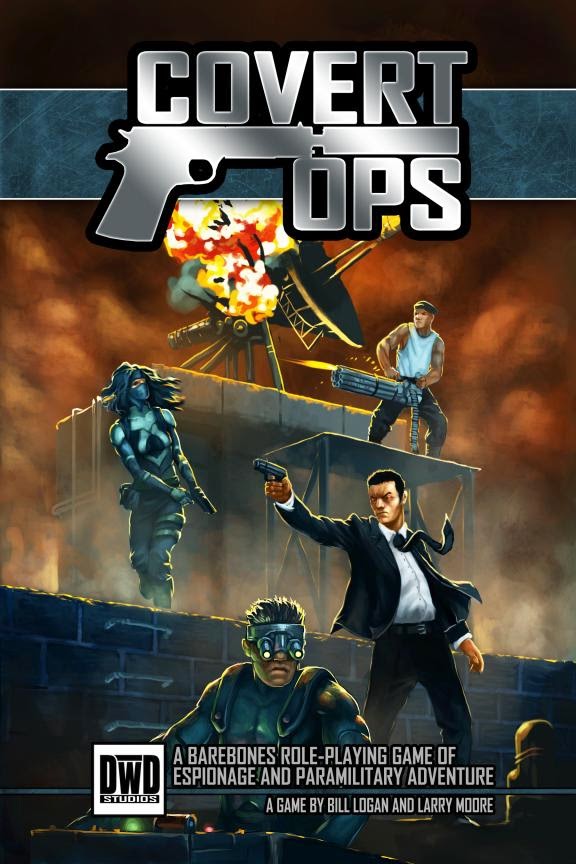 DwD also has an "Equipment Pack," consisting of a box with GM screen and "bones" counters on their main site, which I plan to pick up ASAP. Nice!
Posted by Doctor Futurity at 6:00 AM